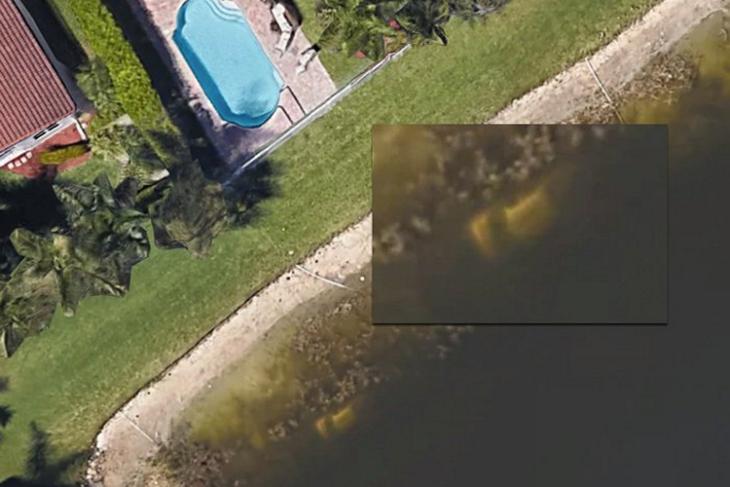 A Florida man named William Earl Moldt was last seen leaving a nightclub and went missing back in July 1997. Well, that changed last month – after a long period of 22 years, right from space, thanks to Google Earth.

The remains of the man and his car came into notice after an ex-resident of the area spotted the submerged vehicle in a nearby pond on Google Earth. According to a report from Sun Sentinel, the current house owner didn’t believe the existence of the submerged vehicle behind his house. “Why? Where? There’s no car behind my house.”, said Fay, the current owner of the property.

The scene escalated after authorities came to conduct an investigation to track the allegedly submerged vehicle and they did succeed. “The vehicle’s exterior was heavily calcified and was obviously in the water for a significant amount of time. Upon removing the vehicle skeleton remains were found inside.”, posted the Palm Beach County Sheriff’s Office on Facebook.

There is no clear information regarding how exactly the man’s vehicle reached the lake but drunk driving doesn’t seem to be the possible cause despite the last location he was seen at. According to the National Missing and Unidentified Persons System(NAMUS) website, Mr. Moldt was not intoxicated when he left the nightclub. It also notes that Moldt “was not a frequent drinker but did have several drinks at the bar.”

Fay enquired the previous owner of the property to know if she had noticed anything submerged in the pond. “She said sometimes she thought she did see something but she was never sure.”, said Fay.

It is indeed fascinating to know that a submerged vehicle didn’t catch the attention of anyone for a significant period of 22 years and got spotted on Google Earth. This clearly shows how far satellite imaging has advanced these days to add minute details that would have been ignored otherwise.

So, what are your thoughts on this incident? Tell us in the comments.

Top 4 Google Earth Alternatives You Can Use