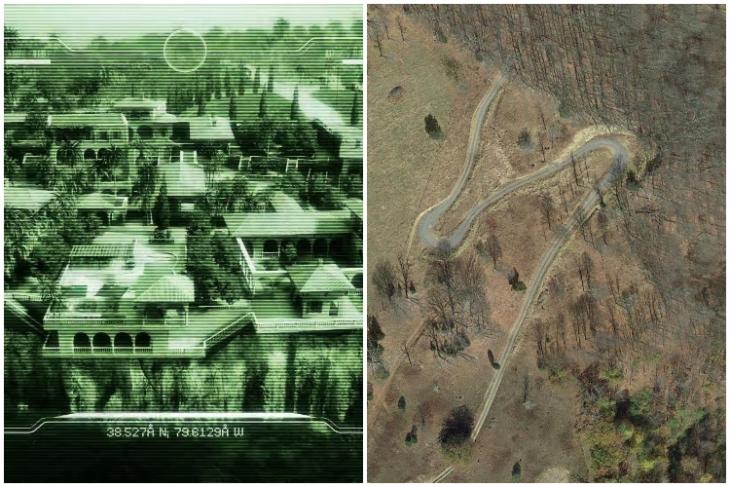 It has been quite a while since Rockstar released the last iteration of Grand Theft Auto. But still, the developers are still earning a lot of bucks from the game, mainly because of its open-world online version. Now, Rockstar Games recently released a teaser video for its upcoming downloadable content (DLC) and observant fans have discovered a major clue hinting about GTA VI.

We have been hearing rumors about the next GTA for a long time. Now, it seems that the developers are currently developing the game and dropping hard-to-discover clues for fans.

So, the developers shared the aforementioned teaser on Twitter without any caption or anything. However, in the unusual teaser video, eagle-eyed fans found a set of coordinates appearing at the bottom of the screen.

When a Twitter user @wellgamer789 put this set of coordinates, 38.527A N; 79.6129A W, in Google Earth. To the netizen’s surprise, they discovered that the coordinates lead to a particular area in Virginia, where there is a “VI”-shaped street when viewed from above.

As a result, some GTA-heads are thinking that Rockstar Games is dropping hints for the next Grand Theft Auto title. However, there has been no official confirmation about this from the developers.

So, this could also mean that the Twitter user who initially discovered the hint is leading other crazy fans who are waiting for the game to a meaningless cat and mouse chase for the time being.

Nonetheless, the parent company of Rockstar Games has already confirmed that they will be releasing over 93 titles starting from 2021. So, fans can keep the hope of playing the next iteration of GTA in the near future.

GTA V Successor, Possibly Called GTA 6, Confirmed to Be in the Works