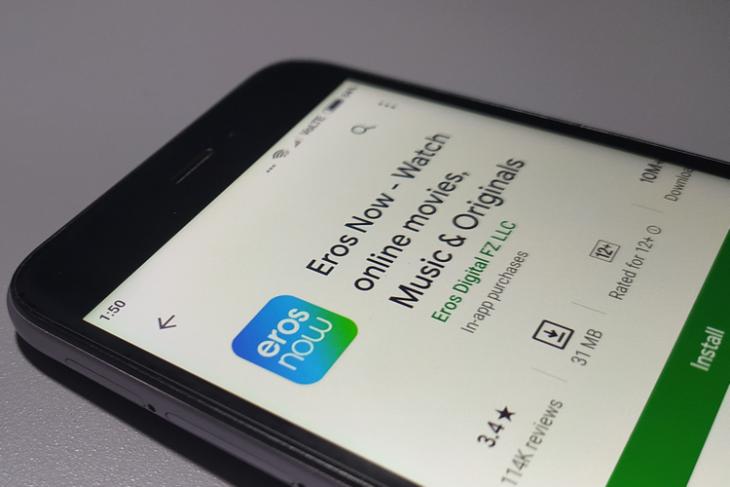 India-based OTT platform Eros Now announced today a new addition to its streaming service called “First Day, First Show”. It will offer users access to exclusive Hollywood movies at nominal rates from the comfort of their homes. This will be an additional subscription-based service and Eros Now aims to release at least 10 English films over the next one-and-a-half years. They will exclusively be able to stream on this platform.

As per reports, this new exclusive pay-per-view service is the result of a recent merger of Eros Now and the Hollywood Studio, STX Entertainment. The new entity is dubbed ErosSTX and the movies coming to the platform are produced by STX Entertainment.

Now, prior to Eros Now’s initiative to premier exclusive movies on an online platform instead of releasing them in the theaters, Zee tried it first in India with the launch of Zee Plex earlier last year. However, studios in western countries have been a lot more proactive in this department.

Following the spread of the Novel Coronavirus, initially, we saw many major media houses postpone their new movie releases. However, as the situation worsened with every passing day, Hollywood studios started ditching theatrical releases for online platforms like Disney+, Amazon Prime Video, and Netflix.

So, with the “First Day, First Show” initiative, Eros Now wants to offer exclusive movies that will be available to watch only on the streaming platform in India. The platform will bring the Gerard Butler-starrer disaster movie, Greenland, in March, with 9 other movies releasing on the platform in the following months. None of the 10 movies will release in the theaters and will drop directly on Eros Now’s new streaming branch.

“With cinema halls working on the best possible ways to open doors for movie enthusiasts amidst the pandemic, ‘First Day, First Show’ on Eros Now provides an opportunity for viewers to opt for the best of entertainment in the comfort of their own homes. The Eros STX merger enables us to offer premium content for our global audience base and Greenland is a first of many such exciting titles to be presented this year”, the India CEO of ErosSTX, Pradeep Dwivedi said in a statement.

Now, do keep in mind that the “First Day. First Show” pay-per-view movie service is a subscription-based model. Coming to the subscription-fee for the platform, it will be priced at Rs 149 per month for a single screen. Moreover, this is an independent subscription service and hence, it does not require an existing Eros Now subscription to access the upcoming titles.