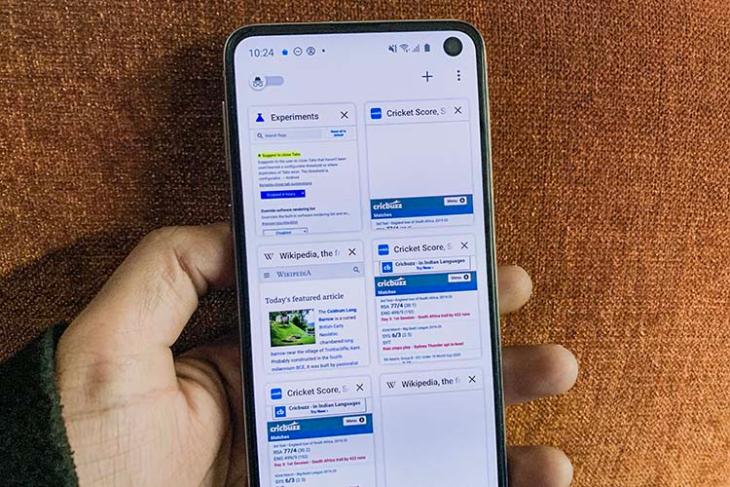 Google Chrome has just started reminding users to close background tabs that haven’t been used for a specified amount of time. Believed to have been originally spotted by 9to5Google, an addition to the Chromium Gerrit last August has finally come to roost, with the feature reportedly turned on by default in the latest Chrome Canary on Android. Called ‘Suggest to close Tabs’, the feature was earlier hidden behind a Chrome flag and had to be turned on manually by users.

The feature, according to the developers, is meant to aid users in closing ‘stale’ tabs to reduce the strain on system resources. According to the developers, when turned on, the feature will suggest to the user to “close Tabs that haven’t been used beyond a configurable threshold or where duplicates of Tabs exist”. Users, however, will be able to configure the ‘threshold’ value that will specify how long a tab has to be inactive before the recommendation mechanism kicks in. As per the report, Google is currently offering three options: four hours, eight hours and seven days.

As can be seen from the screenshots above, the recommendations will be shown in a relatively inconspicuous manner in the tab-switcher screen rather than as an irritating pop-up that could disrupt the workflow. Tapping on the recommendation will reportedly present users with a list of recommended tabs to close, from which, users can select and de-select their options before finally tapping on ‘Close’ to get the job done.

The feature is said to be live not only in Chrome Canary v81, but it has also just started rolling out via the stable channel with version 79, although, users will still have to enable it via a flag in the stable version. Either way, it will be interesting to see how users will react to the new feature, especially if Google insists in turning it on by default. Most power users might scoff at the idea of automated recommendations, although, some may actually like the idea, which is what Google seems to be betting on.