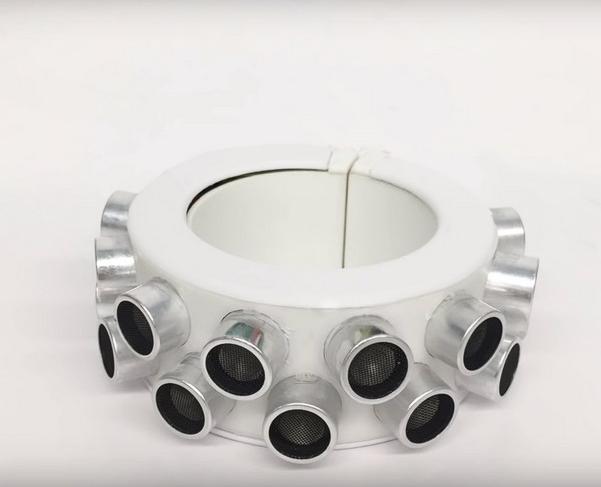 However, when Ben Zhao, a computer science professor at the University of Chicago, bought an Alexa-enabled Echo device, his wife, Heather Zheng, who is also in the same profession, was profoundly sceptical about the “always-on” microphone on the device. Taking the help of an assistant professor, Pedro Lopes, the science-couple developed the “bracelet of silence”.

Equipped with several transducers, the bracelet contains 24 speakers wrapped around the circular contraption. When the user turns on the bracelet, these speakers would transmit ultrasonic sounds. The human ears cannot pick-up these sounds. However, nearby microphones can catch these sounds. This would suppress the sound of the human voices as the microphones would only hear these ultrasonic sounds.

The device uses transducers that are in a ring layout. This enables the device to jam microphones in not only one direction, but in multiple directions. When turned on, this bracelet emits sounds that are measured to be in the range of 24KHz to 26KHz, that are inaudible by human ears.

Even after refining the prototype of the device by reducing the number of transducers, it looks repulsive on the wrists. The bracelet looks huge on people who have slim wrists.

The makers of the “wearable microphone jammer” plan to sell the device for $20 (~Rs 1,430). However, I think even with that low price, it would struggle quite a bit to garner consumer-base. If you are sceptical about your smart speaker or your smartwatch, you could get this. Although, expect a laugh or two from strangers who see you wearing this hideous thing.

So, are you willing to rock the “bracelet of silence” to save your privacy? Let us know down in the comments.