If you’re one of those people who’s tired of sitting in front of your computer or TV and playing games all day, you might be interested in trying out some unique games that forces you to get out of your house and roam around places while you’re playing. With smartphones that are available today, it’s totally possible, as almost all of them feature built-in GPS that can take advantage of your real-time location and let you interact with the surrounding locations, in order to complete certain objectives in the game. These games can be taken to further heights by making use of Augmented Reality. Today, we’ll be discussing some great games that can take full advantage of the GPS feature on your smartphone. So, if you’re all hyped up to try them out already, here are the 8 best location based GPS games for Android and iPhone:

Ever dreamed of being a Real Estate Tycoon? Well, here’s your chance. Landlord is a property trading game, which lets you build your own real estate empire from scratch. You’ll be starting the game with $50,000 in-game cash that you can use to purchase venues that you visit and earn rent when people check-in at those places in real-time with the help of Foursquare and Facebook. You can also challenge your friends to compete against you and receive coins for each referral. 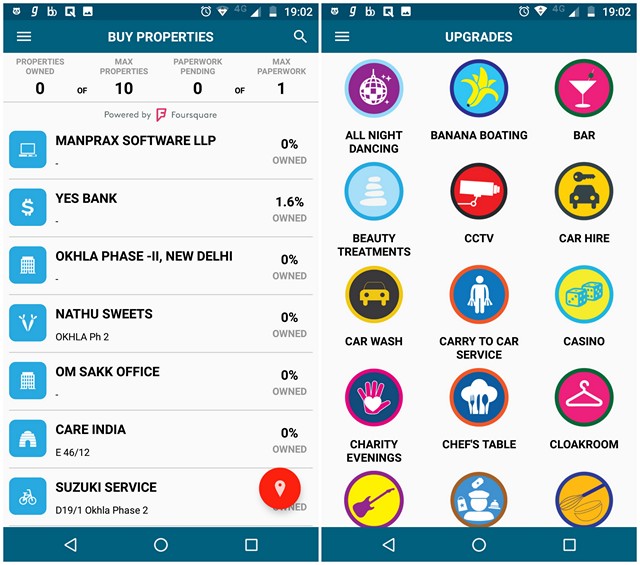 The game takes both skill and luck, in order choose venues wisely and become the most successful investor among your friends. Players will also be able to upgrade their venues with amenities like WiFi, karaoke evenings and VIP areas to make them more valuable and boost the rental income. The game includes several in-app purchases in order to purchase in-game currency with real money.

This is an addictive running game where every run becomes a mission where the player is the hero. There are plenty of narrated story missions that you’re bound to enjoy. Throughout the game, zombies will be chasing you, and you’ll have to keep up the pace and run away from them. The game also lets you decide what music you want to play in the background, while listening to the story. You can run along the beach or jog in the park or even on treadmills, while you’re enjoying the game. 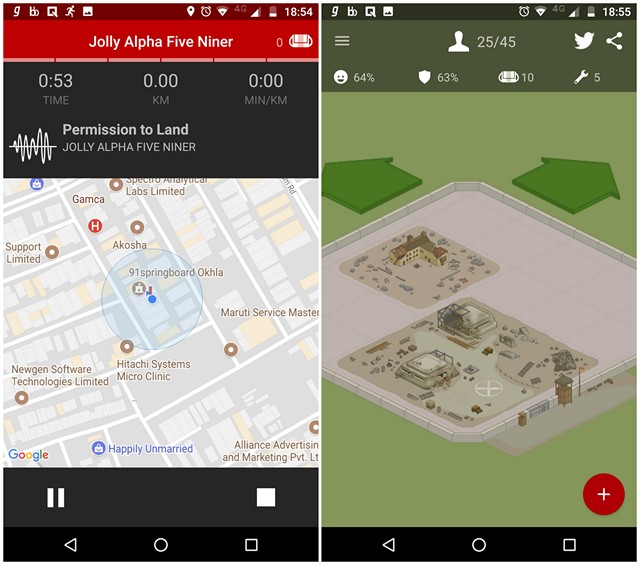 While you’re running, you’ll be able to collect vital supplies like medicine and ammo, to build your very own post-apocalypse community. The game has several in-app purchases in order to unlock more story missions and access Pro membership benefits.

There’s no doubt regarding the fact that Pokemon Go is one of the most popular games of all time. Developed by Niantic, the game took the internet by storm, ever since it was made available to the public last July. Currently, the total downloads for the game has exceeded 700 million, which is nothing short of exceptional. In the game, players will have to hunt for imaginary creatures called Pokemon that spawns at random locations across the globe. 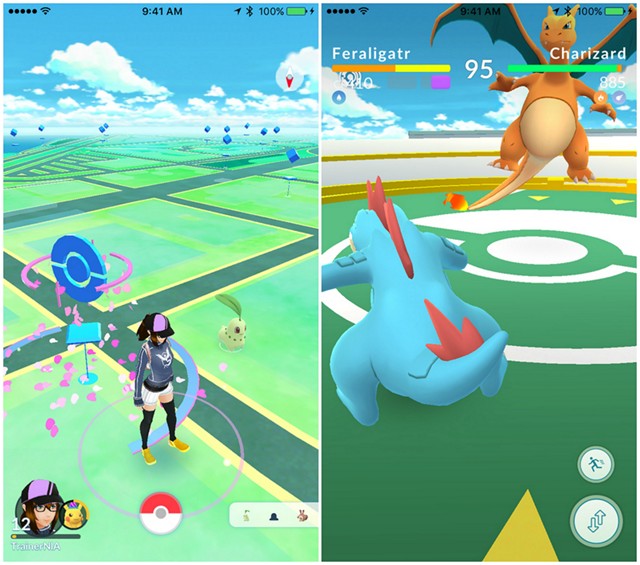 The player will have to choose one of the 3 teams available in the game, in order to fight for towers, known as gyms that are scattered across popular places in an area. Lastly, you will have to walk or jog in order to hatch the Pokemon eggs that are present in this game. It’s an addictive free to play augmented reality game with several in-app purchases that can be used to buy items within the game.

Before Pokemon Go came into existence, developer Niantic was already quite popular for Ingress, another augmented reality game that forces you to go outside and travel places, in order to complete certain quests. The game comprises of a plethora of portals scattered across the world, that players will have to travel and hack, which is certainly a joyful experience whenever you’re playing together with friends. The game will make use of your smartphone’s GPS to track every moment, and with the help of the in-game map, you’ll be able to track and discover sources of mysterious energy. During your quest, you’ll be able to acquire objects and deploy tech to capture a particular territory. You’ll also be able to track the progress of other players all over the world. 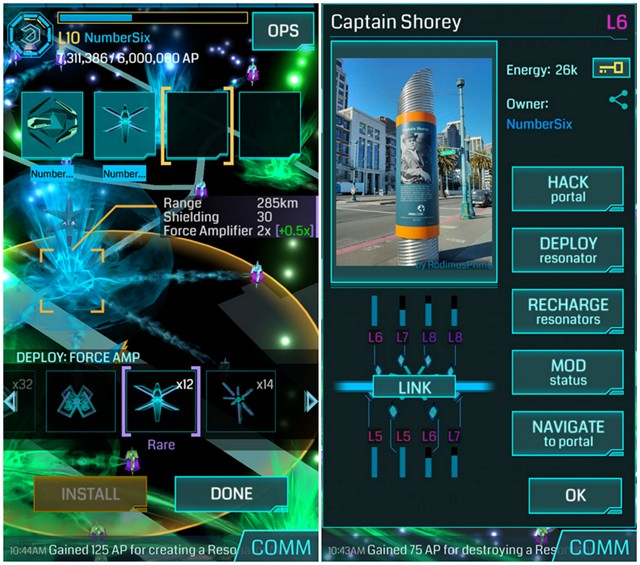 Let’s face it. At one point of time in our lives, we all were interested in finding treasure. Well, if you’re still interested, there’s a location based GPS game that you’ll absolutely fall in love with. Geocaching can provide you with the best treasure hunting experience with just the help of your smartphone. You’ll be able to find and track geocaches that are located at places across the globe, and take your fun-filled adventures to a whole new level by playing with your friends. In addition to this, you can message other players for tips and hints regarding finding the treasures, and with the integrated search tool, you’ll also be able to sort through all the treasures. Lastly, there’s also a Premium membership in this app, which can be availed starting at $5.99/month for access to exclusive caches. 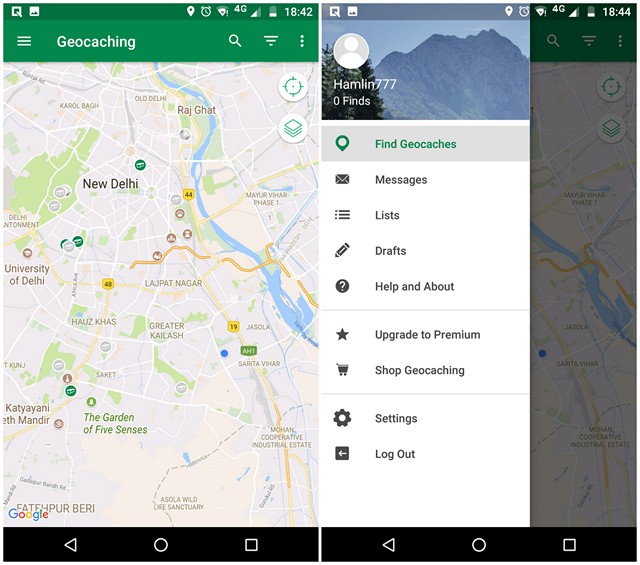 This is a completely unique massive multiplayer online game, that lets players take control of real-world places and defend it from other players, who are mobsters. Well, if you tried to do that in real life, you’d certainly end up in jail, and that’s exactly why a game based on this idea, is so addictive and fun, especially when you play it along with your friends. In Turf Wars, you’ll be able to build and defend your turf using dozens of realistic weapons and upgrades. You’ll also be able to make other players pay protection money for their turf’s safety. 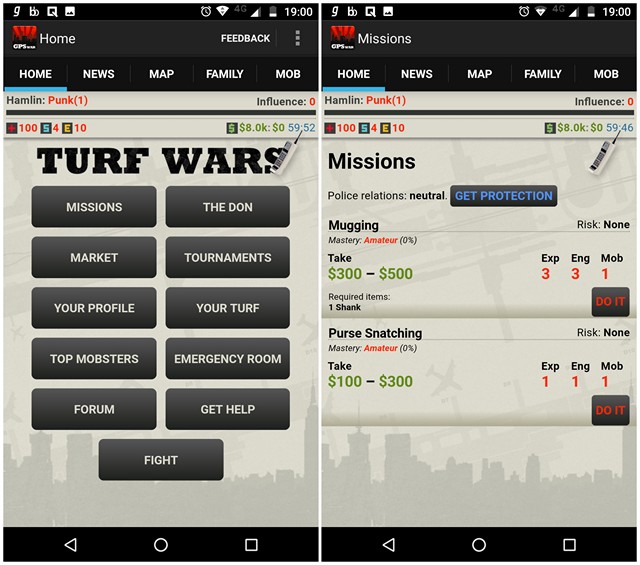 In addition to this, players will also be able to deal with law enforcement as your empire grows up, and you’ll also be able to message your friends, enemies and mob members to discuss strategy. All in all, Turf Wars is based on mobsters, who keep fighting for power and grow their empire.

This is a massive multiplayer economic simulation game that gets addictive very fast. In Resources, you’ll have to scan through surroundings in the real world for resources, and find rich deposits using the in-game map. Players will be able to build mines to extract from these deposits, and in turn, process the resources into products. You’ll also be able to earn money and expand your mining operations, buildings and earn rank as you progress through the game. You can even attack the competitors and loot additional resources in order to upgrade special buildings in the game. Resources will make use of your smartphone’s GPS to build mines according to the player’s actual co-ordinates, so you will have to travel a lot, especially if you’re planning to take control of the game with plenty of mines. 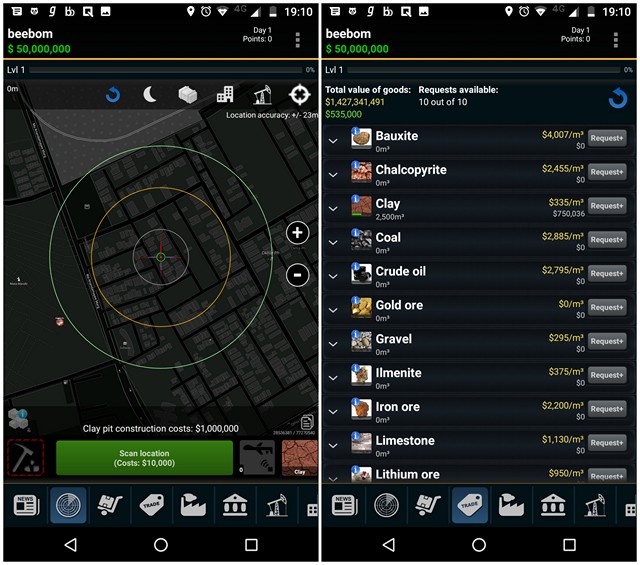 Last on the list, we have an outdoor multiplayer tower defense game that you can play and enjoy with your friends. In Geoglyph, players will be able to open a session on the map and then go outdoors, in order to follow the paths to the source of dangerous chaos entities and prevent them from attacking you by planting traps. The game actively tracks your location with the help of built-in GPS on your smartphone, so that you can play wherever you like, regardless of the type of area. Unfortunately, the iOS users will have to miss out on the game, as the developers have made it available only for Android. 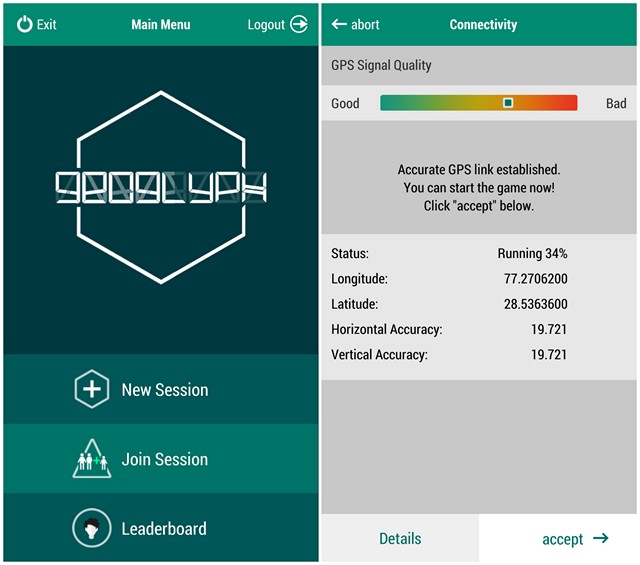 Well, we’re glad to provide you with a variety of different games. Each one of these games are unique in their own way, and none of them can be considered as similar, apart from how they work, i.e. using the GPS on your smartphones. These games force you to get off your couch and go outdoors for better body activity, while you’re enjoying the game. From Geoglyph to Pokemon Go, there are plenty of options to choose from. So, are you guys ready to try out these games with your friends? Which one are you going to install first and why? Do let us know, by shooting your valuable opinions in the comments section down below.