While Android is getting secure with every new release, there is still a perception that Android is the ‘Windows of smartphones’. That means, like Windows for PCs, Android is prone to the various malwares and viruses. So, installing an antivirus app should be the right thing to do.

While the Android virus and malware problem is nowhere near as bad as Windows but it’s better to be secure, right? And most of the antivirus apps on the Play Store bring additional features like performance booster, phone finder and other security features. So, sparing you the headache of searching for the best antivirus apps,

We bring you top 10 best antivirus apps for Android smartphones: 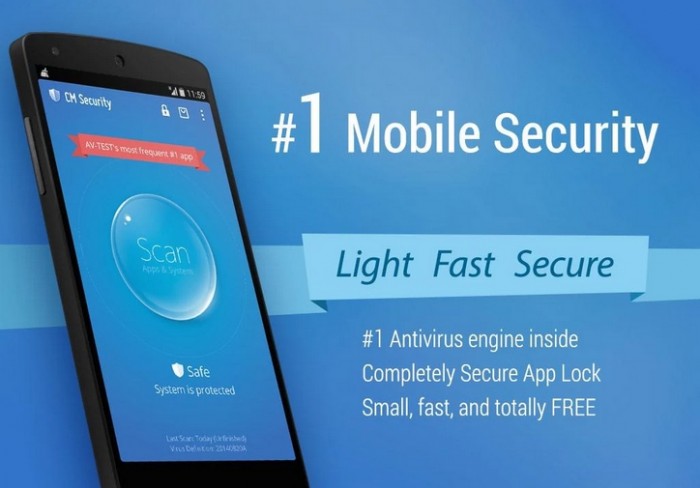 The CM Security app boasts of a great security engine powered by the local and cloud engines. Scanning and removals of malwares and viruses is very fast, so you won’t dislike the experience at all. The app also brings app lock and vault features, so that you can keep your private apps like WhatsApp and private files locked from any intruder. Other apps include phone performance booster, phone finder, app cleaner, call blocking and more.

The best thing is that the app is totally free on the Play Store, which is great, isn’t it? 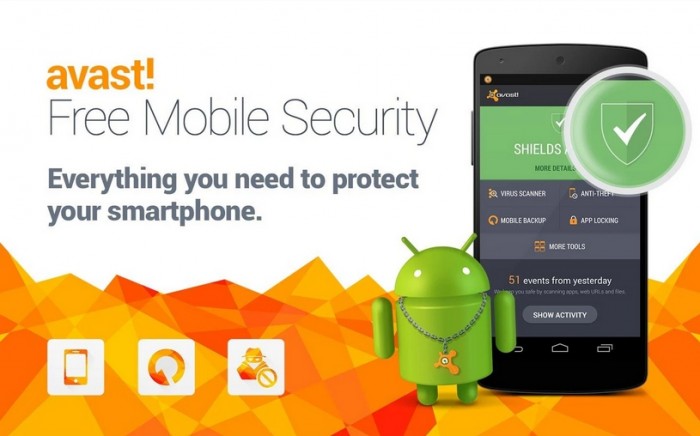 Avast is unarguably the best antivirus and anti-theft solution on the Play Store. It has a long feature list in the free version and an even longer feature list in the paid version. The app comes with security tools like virus scanner, remover, protector, network meter and more.

The Avast antivirus app automatically scans for viruses on installed apps, memory card content and while installing new apps. Along with being a great antivirus app, the app also brings other great features like Calls and SMS filter, Web shield, network meter, app locking, backup and more. The app also packs in a firewall feature for rooted users. The app is available for free on the Play Store but you’ll have to pay monthly or a yearly for the premium features.

Compatibility: Android 2.1 and up 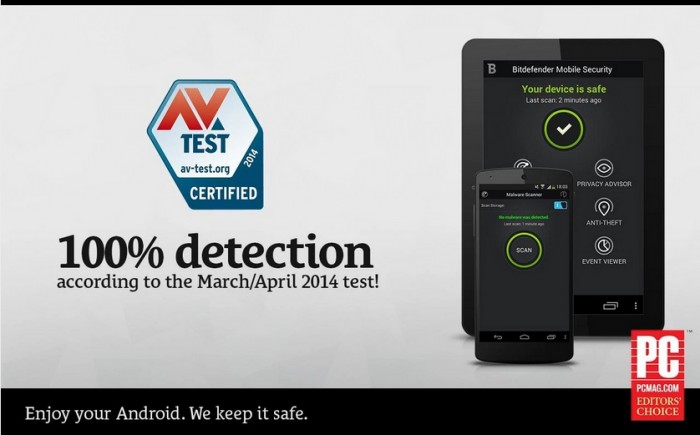 The Bitdefender Antivirus is a fuss free antivirus, anti-phishing and anti-malware app. The app features a feature dubbed Autopilot, which automatically scans new files and apps.

If you want a simple antivirus app, Bitdefender should do the job pretty well. The app offers great virus detection, great performance, a smart on-install scanner and zero configuration. The app is free on the Google Play Store and if you want premium features, you can pay and upgrade to Bitdefender Mobile Security but if you just need a good free antivirus, Bitdefender Antivirus will get the job done fine.

Compatibility: Android 2.0.1 and up 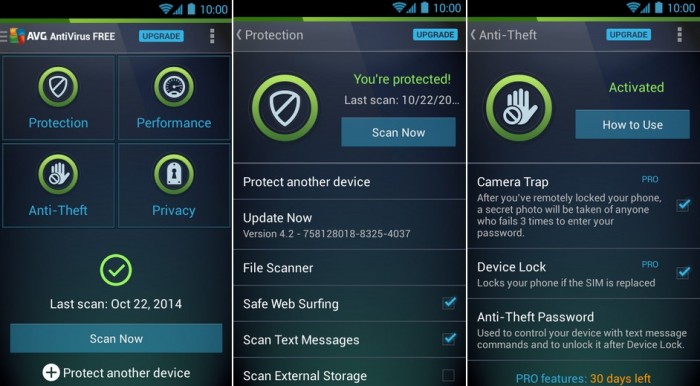 AVG AntiVirus Security is another popular security app, which brings all the security features you know. The free version brings antivirus, anti-malware, anti-phishing and anti-theft features.

Along with virus detection, AVG also detects problems in device’s settings, checks for security threats and more. For a monthly or a yearly subscription, the app brings a number of premium features like app backup, app locking and SIM locking. 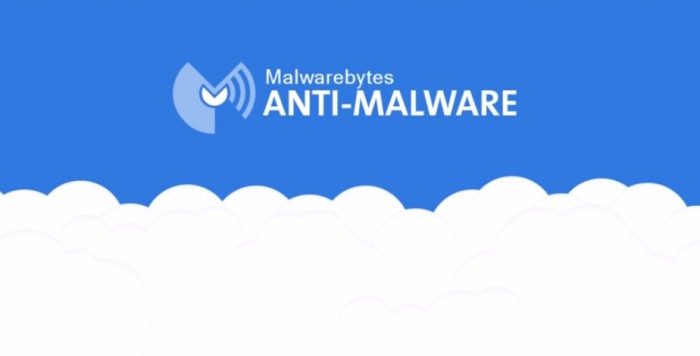 The app also detects if any app is using malicious coding or if any app is trying access a user’s personal data. Other features of the app include alerts for malicious links in SMS, checks for security issues and more. The app is totally free with no in-app purchases or anything, so you should definitely give it a try. 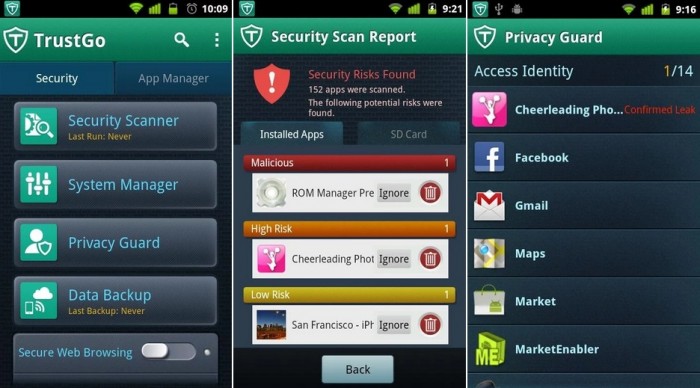 TrustGo Antivirus & Mobile Security is another popular antivirus app, which is highly rated on the Play Store. The app brings virus and malware scanning and also includes some features, which are unique to the app.

The app brings secure browsing only available in the stock browser of Android. Along with the usual antivirus and anti-malware features, the app also brings backup features, device protection and a cool candid camera thief ID feature, which well takes the picture of the thief trying to unlock the private files in the device.

The 360 Security app is everything we’ve come to expect from great security apps on Android.  It brings a lot of features, be it a great antivirus or other security features.

The features of 360 Security include an antivirus engine powered by the 360 QVS and cloud engines, a junk file cleaner, memory booster, power saver, app manager, anti-theft and more. So that’s a pretty good feature list, isn’t it? The great news is you can get the fully featured app on the Play Store for free. 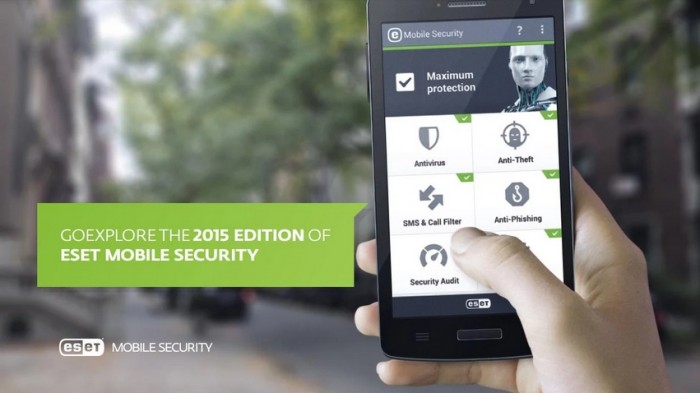 You must be aware of ESET, the company behind the popular NOD32 Antivirus for Windows PCs and they have a pretty good antivirus app for Android devices dubbed ESET Mobile Security and Antivirus. The app boasts of 99.7 % virus detection rate.

The device is free and the free features include antivirus, on-demand or automatic scan, anti-theft. For premium features like proactive anti-theft feature, phone finder, scheduled scanning according to your preference, mobile security education, SMS and call blocking and more for an yearly subscription. You will be able to use the premium features for free for the first 30 days. 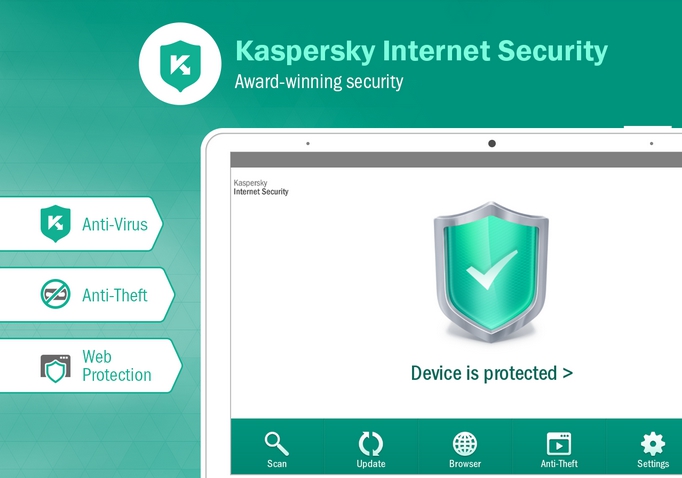 Kaspersky is another popular name you must have heard of from the PC Antivirus scene. The Kaspersky Internet Security app brings all the great security features along with a good anti-theft feature.

The free version includes the antivirus features, security features and anti-theft features while an yearly subscription brings you premium features such as real-time protection against malware and viruses, cloud based protection and anti-phishing.

The paid subscription brings the licence for two devices. 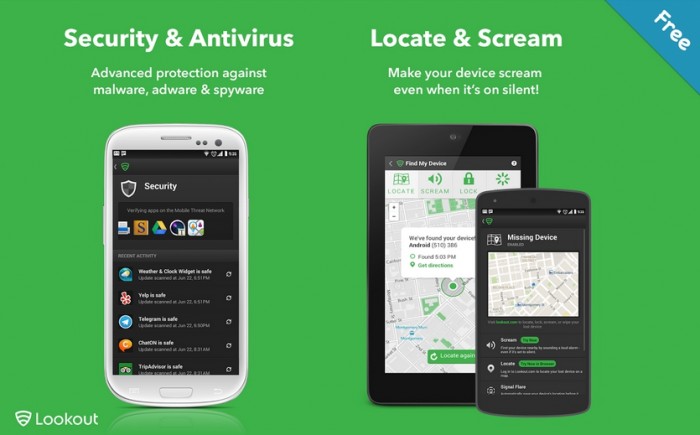 You must be familiar with Lookout, as the app comes on a lot of smartphones pre-installed and while some of us like our smartphones to be bloat free, Lookout is worth keeping. The Lookout Security & Antivirus app is free on the Play Store with in-app purchases for premium features.

The free features of the app include app scanning, real-time protection from viruses, protection from viruses, malware and spyware, security features like find my phone, backup features and more. The premium features of the app includes theft alerts, the app sends a mail to the user with the picture of the person trying to unlock your device. Other premium features are secure browsing, privacy advisor, remote locking and wiping features and more.

These are the top 10 antivirus apps for your android smartphone, so if you want to be keep your Android device secure against viruses and malwares, you should download one of these apps right away. Along with virus protection features, these antivirus para android also bring great anti-theft features, anti-phishing, performance boosters and more. So, it’s surely a win-win situation. So, try these apps and tell us, which one’s your favorite?