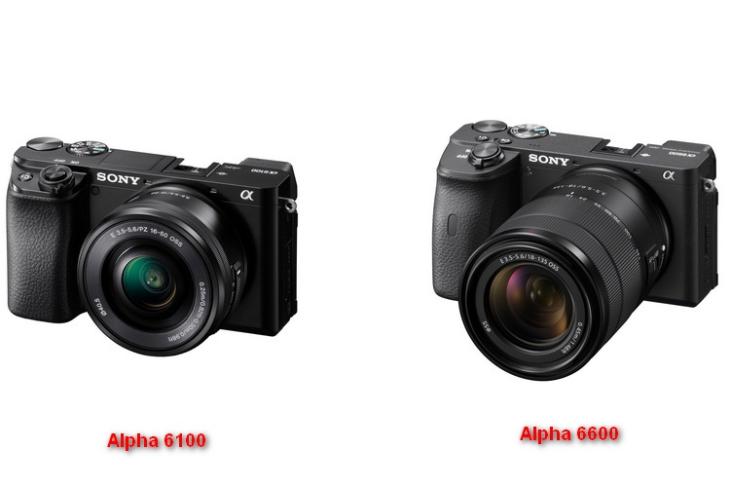 Sony has expanded its mirrorless camera portfolio with the launch of two new APS-C offerings – the Alpha 6600 and the Alpha 6100. Both have several similarities, including the same 24.2MP APS-C CMOS sensor, 4K video capability, built-in time-lapse intervalometers, flip screens and microphone jacks. They are also capable of locking focus within 0.02 seconds, have 425 phase detection auto-focus (PDAF) points and real-time eye-tracking for humans and animals.

The 6600, as one would deduce from the numbering scheme, is the more premium of the two, and has a few additional features that are absent in the 6100. The biggest difference between the two is build-in Image Stabilization (IS), which is present in the former and not in the latter. While the 6600 comes with in-body 5-axis stabilization, the 6100 will have to rely on motorized lenses to do the stabilization for it, making it relatively less suited for long-exposure shots.

Some of the other additional features for the Alpha 6600 include real-time eye tracking in videos and a 3.5mm headphone socket in addition to the microphone port. It also comes with an electronic view finder with a resolution of 2.3 million dots, while the EVF on the Alpha 6100 has a resolution of only 1.44 million dots. The former also has a higher ISO range of 100-32,000 (expandable to 50-102,000).

12 Best Mirrorless Cameras You Can Buy