Asus just launched the 6GB variant of its budget ZenFone Max Pro M1 which also features new and improved camera sensors on both the front and the back of the device. As a result, the camera performance of the device has improved a bit, but how does it stack up against Xiaomi’s Redmi Note 5 Pro which is currently the best budget smartphone in the market? Well, in order to find out, we put the devices to the test and clicked a ton of images in a variety of conditions to ascertain which smartphone features the better camera sensors. Without further ado, let’s jump right into the ZenFone Max Pro M1 vs. Redmi Note 5 Pro Camera Showdown: 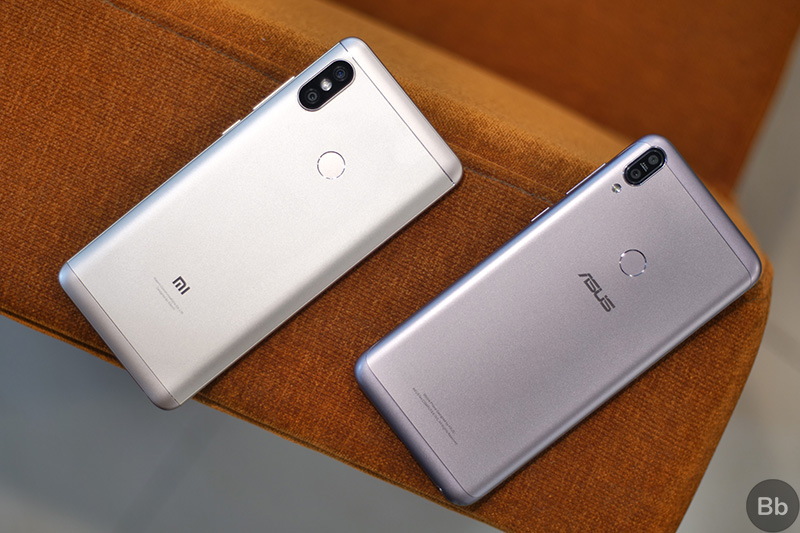 According to the specs, it looks like the ZenFone Max Pro M1 features a better rear camera setup, while the Redmi Note 5 Pro includes a better front facing shooter. Let’s get to the camera samples and find out how they perform in real world use.

Starting off with the rear cameras, we tested both the devices in broad daylight to check how they performed when there was an ample amount of light falling on the subjects. I was expecting the 16MP f/2.0 sensor on the ZenFone Max Pro M1 to perform better than the 12MP f/2.2 sensor on the Redmi Note 5 Pro, but I was really surprised when I saw the results. The Redmi Note 5 Pro easily outperformed the ZenFone Max Pro M1, delivering images with a higher amount of detail, more true to life colors and better dynamic range. Not only that, the Redmi Note 5 Pro’s camera took lesser time to focus on the subject and process the images which greatly improved the user experience. Let’s take a look at some camera samples:

In low-light photography, I was once again rooting for the ZenFone Max Pro M1 as the primary sensor on the device has a larger aperture. Yet again, I was disappointed by the camera’s performance. Even though the ZenFone Max Pro M1 was able to capture more light in low-light scenarios (delivering a great image every once in a while), images captured by the device had far more noise and blur than the Redmi Note 5 Pro which has a smaller aperture. Just take a look at the camera samples below and see for yourself:

ZenFone Max Pro 6GB vs Redmi Note 5 Pro: And The Winner Is…