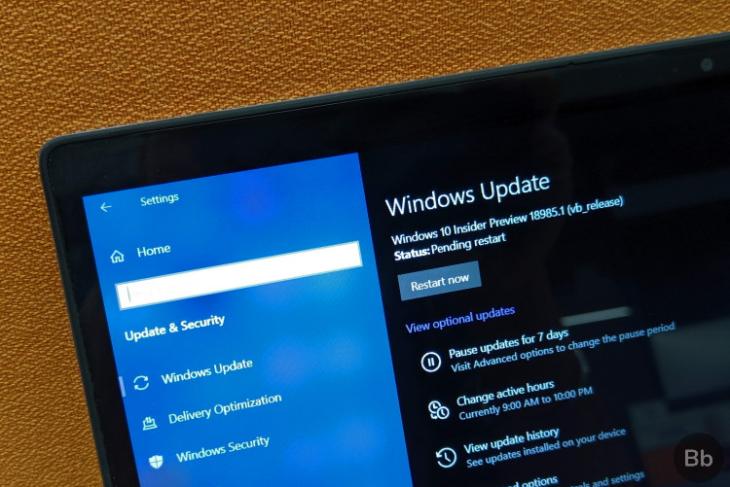 Microsoft has just released what might very well be the final November 2019 Update build (19H2 Build 18363.418) to Windows Insiders who are on Build 18362.10024 and in the Release Preview ring. In an official blog post a few hours ago, Brandon LeBlanc, the Senior Program Manager of the Windows Insider Program, said users in the so-called ‘slow ring’ will have to switch to the Release Preview ring to pick up the final 19H2 build today.

There’s no official list of fixes and improvements for this particular build, and while that suggests this update contains fairly minor changes, what makes it significant is the company’s recent statement that says it expects this very build to be the Release Candidate for the eventual November 2019 Update. There’s no word on the exact release date for that just yet, but given that it’s already being tested in the Release Preview ring, the full release cannot be that far off.

In case you’re looking forward to the Windows 10 November 2019 Update, you’ll be disappointed to know that it will not have as many new features or changes as one would normally expect. Instead, the update will focus on fixing most of the annoying bugs and anomalies that have cropped up in the OS over the years.

That being said, it still comes with some cool new features, including the ability to quickly create an event straight from the Calendar flyout on the Taskbar, a ‘manage notifications‘ button at the top of Action Center, an expanded navigation pane on the Start menu, options to turn off notifications from an app or website right from the notification itself and an updated search functionality that returns results for both local and cloud-based files.