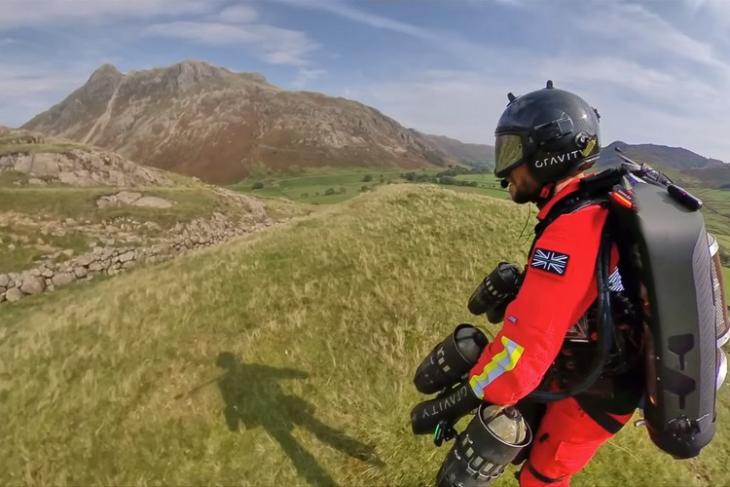 When it comes to emergency rescue operations, paramedics and concerned officials try their best to reach the incident spot as fast as possible. However, if helps is needed in a remote location, say while trekking, then it’s an uphill task for the officials to reach the location in time and rescue the victim(s). In order to cut short the traveling time, a UK-based emergency ambulance service is testing a jet suit to help the paramedics quickly reach remote areas.

Richard Browning, a British inventor established a jetpack-making company, Gravity Industries, back in 2017. Since then, the team has been working on jet suits for people to fly around in the sky. Now, Browning and his team collaborated with one of the UK’s emergency ambulance services, the Great North Air Ambulance Service (GNAAS), to test if their jet suit is a viable option for emergency rescue operations.

Browning and his team recently went to a GNAAS operational area in the Lake District of the UK. There, the team simulated an emergency rescue operation of a little girl injured in a remote mountainous site. What would have taken 25 minutes to reach the location on foot, Browning flew there and located the victim within just 90 seconds time. You can check out the video of the simulated operation right here:

“We think this technology could enable our team to reach some patients much quicker than ever before. In many cases, this would ease the patient’s suffering. In some cases, it would save their lives,” said Andy Mawson, the Director of Operations at GNAAS.

Now, you must be wondering – how does the jet pack work? It uses four microjets that are mounted on the pilot’s back and both arms. The microjet engines are powered by jet fuel or diesel and as per Browning, have a minimal risk of exploding or catching on fire.

However, the said jet suit has a flight time of just 5-10 minutes with a full tank of fuel and costs $438,000 (~Rs 3.3 crores). Moreover, pilots who are to fly with this suit would need to undergo heavy fitness training as it involves supporting the weight of an entire human body with just the arms.

According to Browning, Gravity Industries is working to make the suits cheaper and easier to use. So, it won’t be long until we see paramedics flying in to rescue victims from remote locations.