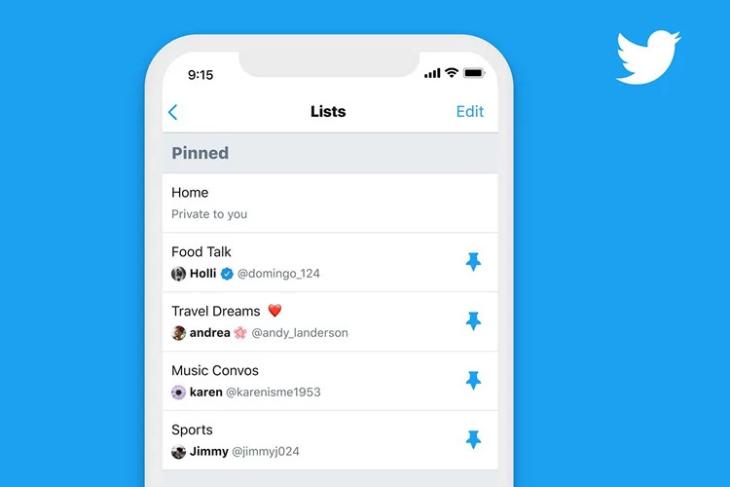 Twitter has been on a roll since last month when it comes to announcing new features to its platform. In addition to the features revealed earlier, the microblogging platform has announced a new feature in its iOS app that allows users to pin up to five lists to their timeline. In addition, a smooth swipe gesture has been implemented to browse through lists right from the home screen.

The pinned lists can be easily rearranged as you prefer. Take a look at the official tweet of the company announcing the feature below. “On our list? Make lists even better for you! Now on iOS, you can pin up to five lists, rearrange them, and swipe to access from home.”, reads the tweet.

On our list? Make lists even better for you! ✅

Now on iOS, you can pin up to five lists, rearrange them, and swipe to access from home. pic.twitter.com/gNdfNE1DCl

This update opens up a whole new scenario of use-cases to get the most out of Twitter. For instance, one can make use of lists to filter a certain group of people with similar interests and get an alternative timeline with their updates.

The basic functionality of Twitter lists remains unchanged with this update. That is, the lists can be either private or public. Existing public lists can be followed by fellow Twitter users just like how it used to be before.

The lists page has undergone a minor visual redesign as well. It now has header images and Twitter has made it easier to know the number of members and subscribers on the list.

The feature, as mentioned earlier, is limited to the iOS version of the Twitter app at the moment. However, an Android version of the same is on the way and will be announced on a later date.