Skip to content
Home News This Tool Lets You Become Anyone in Video Calls on Zoom, Skype and More 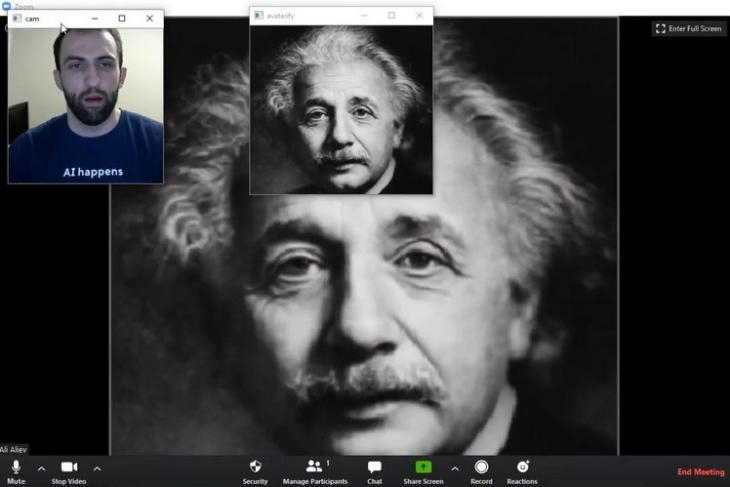 As video conferencing is becoming a norm amidst the Coronavirus lockdown, many new tools are popping up on the internet to make the video calls interesting. Avatarify is one such ridiculously creative tool that can help you become Einstein, Mona Lisa or anyone of whom you have a picture of.

First spotted floating around on Twitter, Avatarify is an AI tool that can super-impose a user’s face onto a picture to create a movable avatar of the user. This avatar can then be used in some of the popular video conferencing apps like Skype, Zoom and Teams.

The tool launched on April 12, which is not long ago. However, it wasn’t much popular until one of its developers, Ali Aliev recently released a video (below) on how to install the tool on a Windows PC.

Now, in the 13-minute how-to video, Aliev explained every aspect of the installation process. However, if you want to check out the tool in action, go to the 9:45 mark of the video.

In the video, Aliev installed the program on a Windows PC using the resources from its Github page and command prompt. Then he installed the Open Broadcaster Software (OBS) and used its camera to create his avatar.

At the end of the video, Aliev also gave some useful tips to make your video calls much more interesting.

With Avatarify, you can become anyone you like in your next video call. So, go on and surprise your friends or colleagues by showing them that you’ve always been Batman!