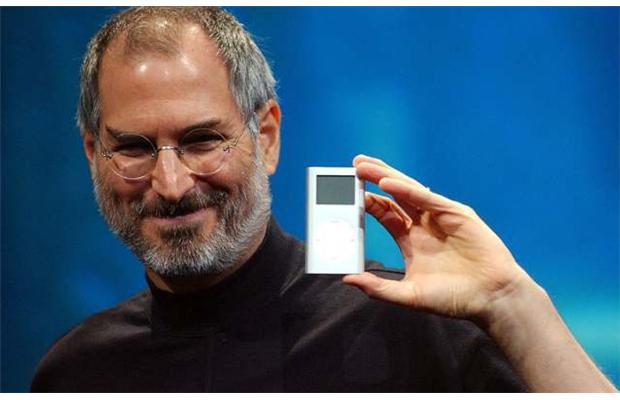 Steve Jobs had been one personality who saw the future of technology, he drove Apple Inc to bring some of the most revolutionary products people wouldn’t have imagined in their life. The products like iMac, iPod, iPhone and iPad had not only changed our life but they have changed the whole ecosystem and services like iTunes which is time savvy and at your finger tips. It has changed the way music industry sell their albums and songs.

When iPod was first introduced by Steve Jobs to the whole world, it completely revolutionized the world, while some people thought that it was Steve’s vision to give a truly whole new way to listen to your music accompanied by beauty of the product.

But actually his vision was inspired by his Japanese connection to Sony. He was motivated by one personality in Japan, Akio Morita the CEO of Sony at that time. Akio Morita was popular personality in Japan and across the world for his innovatory vision to bring some breakthrough products in the Japanese market by Sony, one of the tech titans even today.

His visit to Japan in 1980s highly enthused him. In 1980s Japan was going through digital revolution and Sony dominated with their portable cd and cassette players well known as Walkman, because anybody could listen them while on the go. He liked the idea of people having portable players with headphones which were easy to carry and use.

One thing he noticed in Sony and across the streets was the uniform of employees. When he asked this to Akio, he explained that after World War 2, the employees didn’t have clothes to wear so Sony had to give them uniform to wear each day and it has a huge significance in Japanese history. Everyone whether he is an employee or student wear uniforms in Japan.

Steve really liked the idea and tried to implement it in Apple Computers but was booed by everyone because US people don’t have such significance for uniforms as Japanese do.  But Steve jobs himself ordered Issey Miyake tops(designer shirts) for himself and continued to wear.

Well Akio Morita was one of the visionary behind Japans domination in technology in 1990s and now Japan is way ahead in many technology innovations.

While returning to US Akio Morita gave Sony’s famous Walkman to Steve jobs. Steve when returned home dissected the gadget and found that it can be made better.  While being expelled out of apple Computers by the former CEO John Sculley, Steve always regretted on his decision to assign John Sculley as the CEO of Apple computers who later was the reason why he was thrown out of the company he founded.

Steve job believed in simplicity and even his house didn’t have any luxury and household stuff. He had a bed and chair as furniture, and on the side walls 2 photos one of Albert Einstein and the other of Mahatma Gandhi.

When Apple and Next computers (the other company Steve Jobs founded after resigning from Apple) merged in late 1990s,  Steve jobs was assigned as iCEO and that was the time Steve jobs could fulfill his dreams, and his dream was to give people beautiful technology products and gadgets that will change everyone’s life.

Back in 1997 Jonathan lve was given opportunity to take charge for product design, Steve when first saw the design of iPod he was really impressed. Steve jobs always believed that people should not only use their products but they should love it, and that was where design played a significant role. Steve and Jonathan together chose the color white for the most revolutionary mp3 player of all times. White signifies simplicity and purity and it is in the soul of Apple. And that’s why iPod came out in white shade when Steve jobs brought it in front of millions for the first time. And people started loving their iPod, soon people were seen travelling with white ear buds and the gorgeous iPod across the streets and subways.

Apple is Now A Trillion-Dollar Company: Here’s How it Got There