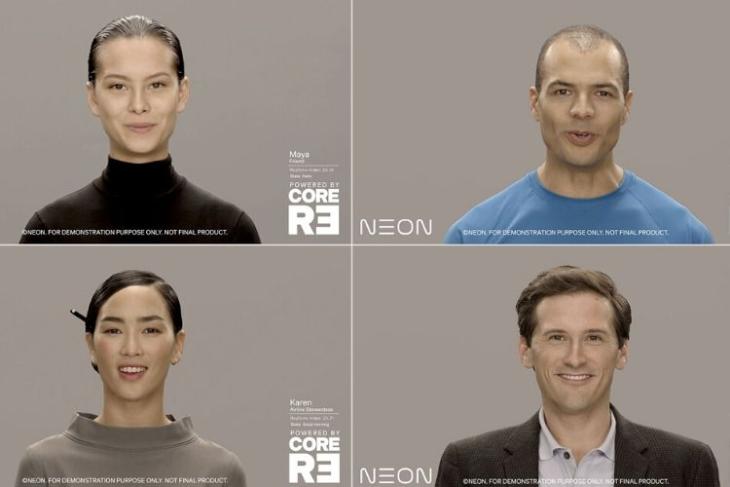 Artificial humans. Sounds like something you would only hear in sci-fi movies, right? Well, not anymore. Samsung is working towards the development of artificial humans with the much-talked-about Project Neon. The company today put an end to the mystery and took center stage at CES 2020 in Las Vegas to explain what Neon exactly is.

Neon isn’t an AI assistant. The company recently made it evident by saying it wasn’t the Bixby upgrade you might have been waiting for. It won’t answer your calls you to play a Badshah song or tell how’s the weather outside. Instead, Samsung today revealed that Neon is “a computationally-created virtual being,” essentially a real human that is capable of showing intelligence and emotion. It even looks and behaves like an ordinary human, as you can see in the example attached below, where each Neon is marked with the text “ALIVE” at the top right. 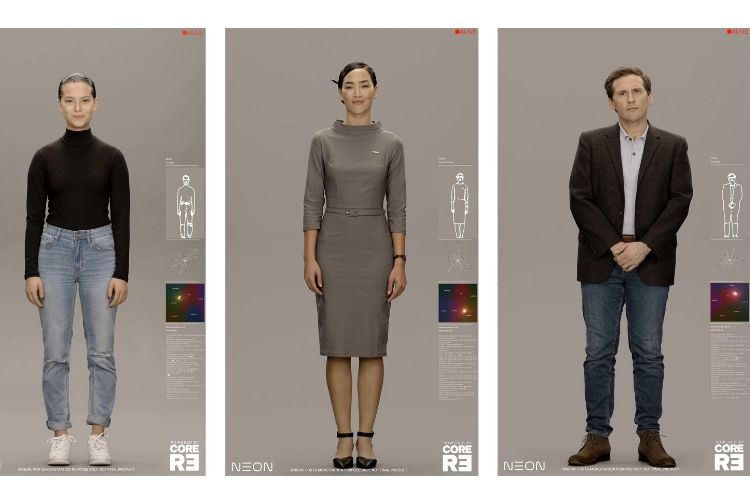 The name “Neon” for Samsung’s artifical humans has been derived from the word “Neo” (new) and the last letter of human – “N”. The company is referring to Neons as new humans, which are capable of interacting in multiple language – ranging from English and Spanish to even Hindi.

Each Neon (it’s weird to club these artificial human beings and call them by that name but I’m going to refer to them as Neons going forward) is powered by Star Labs’ proprietary technology platform – CORE R3, where R3 stands for Reality, Realtime and Responsive. Core R3 is complemented by SPECTRA to make the Neons full-aware and immersive. It is the soup that brings intelligence, memory, and emotion into the mix.

Core R3 is described as a leapfrogging technology in the domains of Behavioral Neural Networks, Evolutionary Generative Intelligence, and Computational Reality. It’s this tech that makes it possible for Neons to react and respond to any command in real-time, with minimal delay of only a few milliseconds. Core R3 can eventually connect to value-added and domain-specific services to provide virtual companions in almost every field. 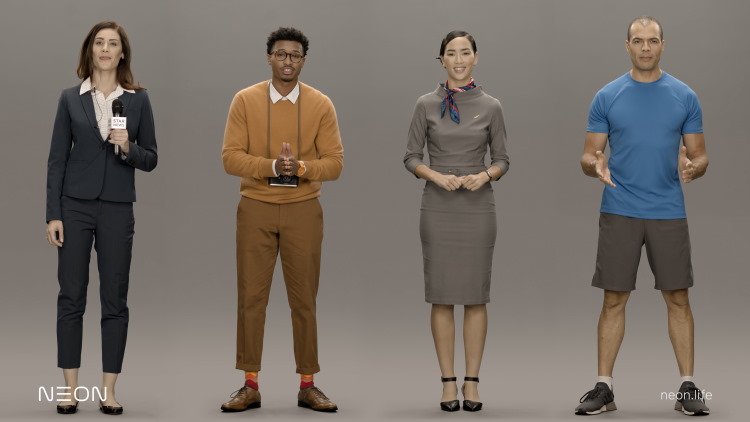 In an official press release, Pranav Mistry, CEO of Star Lands stated, “NEON is like a new kind of life. There are millions of species on our planet and we hope to add one more [a virtual human species – Neon]. NEONs will be our friends, collaborators, and companions, continually learning, evolving, and forming memories from their interactions.”

I know, it sounds creepy at first and instantly evoked the memory of Will Smith’s popular movie – I, Robot and even the Black Mirror episode titled “White Christmas” right away. I know, Neon isn’t there yet and it’s not exactly a replica of our personality (it would never be), but we’re now a step closer to the future shown off in the plethora of sci-fi TV shows and movies we have consumed in the past. Check out this Neon, who’s showing emotions like a real human:

Samsung is currently showcasing some scenarios where its Neons could one day come in handy, including being a yoga instructor, a banker, a K-pop star, a news anchor, a fashion model, and many more at its CES booth in Las Vegas. We will attempt to meet the Neons (especially the 100% realistic life-size renders on a large display) to talk to them and see whether they can really respond like humans in real-time.

The Korean giant is only demoing its futuristic artificial human technology – Neon – at its CES booth. It’s far from ready for prime time. Mistry and his team will now work towards perfecting the Core R3 engine. Neons are expected to become available for beta testing – directly in the real-world with partners – later in 2020.

If you are eager to learn more about the technology behind what’s makes Neons real or life-like, then you have to wait for Samsung’s special event – NEONWORLD 2020, where Star Labs will detail their Core R3 and SPECTRA technology. Until then, I suggest you be prepared to welcome virtual human beings – better known as Neons – to our society. It’s going to be your friend, collaborator or companion.