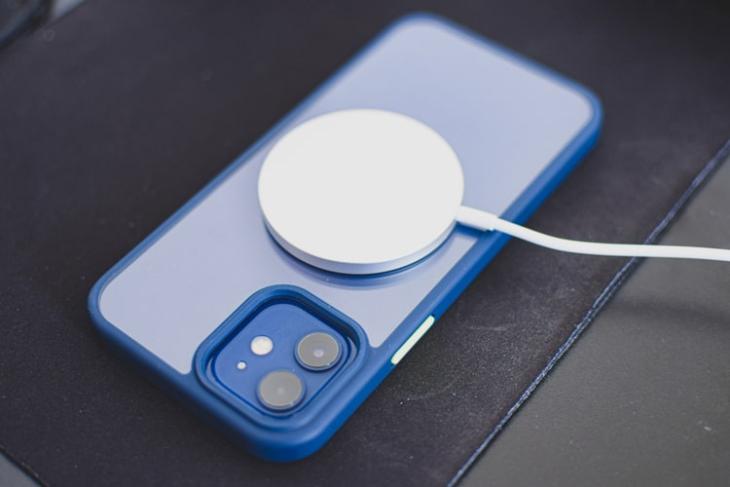 Chinese smartphone giant Realme might be working on an Apple MagSafe-like wireless charging technology for its devices. The company has recently filed an application for a trademark at European as well as the Indian certification platforms. According to these filings, Realme’s version of MagSafe will be called “MagDart” and might soon make its way to the market.

Now, for those unaware, Apple re-introduced its MagSafe charging system with the launch of the iPhone 12 series last year. This charging tech leverages magnets at the back of a device to allow users to attach various MagSafe-compatible accessories like the new Apple Battery Pack, wallets, charging car mounts, and more.

So Realme’s recent trademark applications suggest that the Chinese giant is working on a similar charging system for its future devices. The application, however, does not reveal much about the charging system other than the MagDart moniker. And, we can guess that it would be a charging technology as Realme’s current fast-charging tech is called Dart Charge.

Now, it is worth mentioning that there is no official confirmation about MagDart from Realme. Moreover, the company’s current smartphones like the Realme GT 5G or the Narzo devices do not pack any hardware to support a MagSafe-like charging technology. So, as per our guess, it would be some time before Realme introduces its MagSafe competitor in the market.

We will keep you in the loop regarding the developments of the MagDart technology. So, stay tuned for more information.