Skip to content
Home News Realme GT Neo 3 Specs Have Been Leaked; Here’s What to Expect! 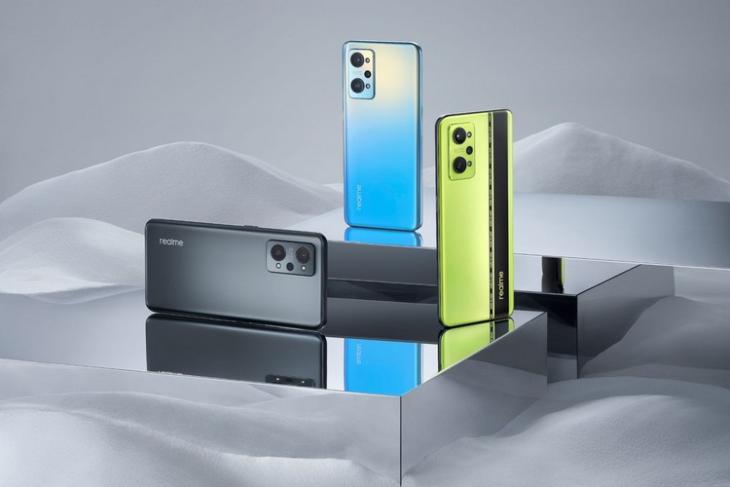 Realme recently confirmed that it will launch the Realme GT Neo 3, a successor to the GT Neo 2, with the latest MediaTek Dimensity 8100 chipset and 150W fast-charging support. The smartphone is confirmed to arrive in the second half of 2022, but before this happens, a leak with the GT Neo 3 specs sheet has appeared online. Here are the details.

It is revealed (courtesy of tipster Yogesh Brar) that the Realme GT Neo 3 is likely to come with a 6.7-inch OLED display with a Full HD+ resolution. The screen, much like that on the GT Neo 2, will support a 120Hz refresh rate, 10-bit color depth, and HDR10+.

The rear camera count will be three, including a 50MP main snapper with a Sony IMX766 sensor and OIS support, an 8MP ultra-wide lens, and a 2MP tele-macro camera. The main sensor is also seen on devices like the Realme GT 2, the Oppo Find X5, and more. You can expect to find a 16MP front camera for selfies and video calling.

A 4,500mAh battery is also expected to power the device. Plus, it is confirmed to support the 150W UltraDart fast charging tech, which Realme introduced recently. This technology can charge 50% of the battery in just 5 minutes and it also comes with the “Ultra Heat Management” algorithm to deal with heat and throttling issues.

We can expect the Realme GT Neo 3 to run Realme UI 3.0 based on Android 12, have 5G support, and fall in the premium mid-range price segment. However, such details are still behind the veil. We also don’t know if the phone will take design cues from its predecessor or will bear a new one.

Realme is expected to release more information on the GT Neo 3 in the coming days. Until then, stay tuned with us for all the updates you need. In related news, Realme recently made the GT 2 series official in the global markets, and we can expect it to reach India soon.