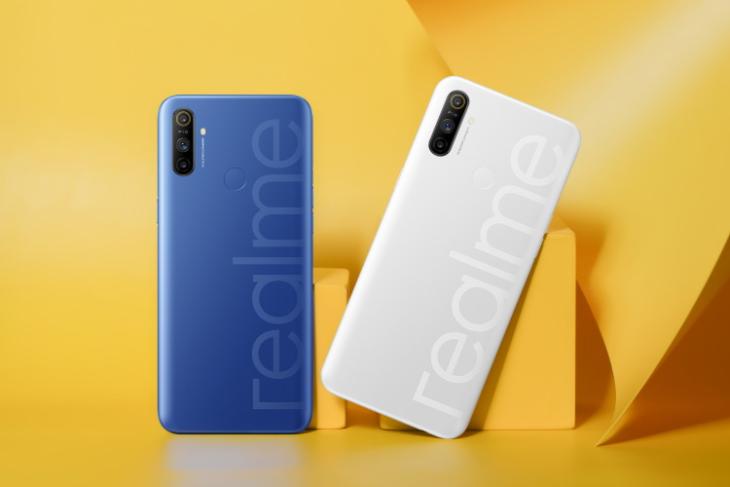 Realme has been rumored to be working on an upgrade for its Narzo lineup for quite some time now. It took the wraps off the first devices in this new lineup, the Narzo 10 and 10A, in May earlier this year. Merely four months later, Realme has announced that it will launch the Narzo 20 series in India next week.

The Chinese giant has sent out media invites, confirming that the Narzo 20 series will be unveiled in India on 21st September. The invite carries the tagline ‘Feel the Power’ and shows off three smartphones, which are the Narzo 20A, Narzo 20, and Narzo 20 Pro. 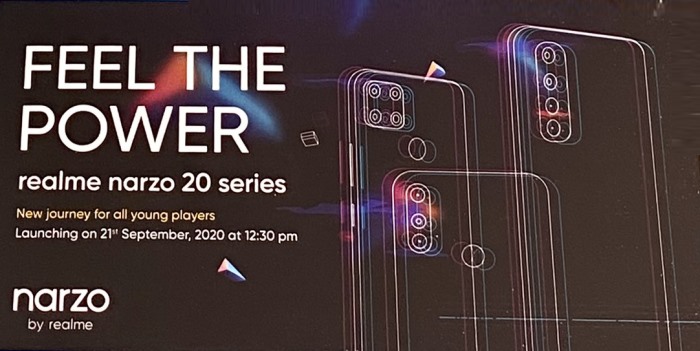 It might also come as a surprise to some but the company will talk about Realme UI 2.0 at the event as well. It will be based on Android 11, which is already available for testing to Realme X50 Pro users. We’re currently unsure whether the upcoming Narzo lineup will run the new UI out-of-the-box or not.

Realme is yet to officially tweet about the Narzo 20 series launch event. It has also not set up a dedicated microsite yet else we would have learned at least some key highlight for the upcoming smartphones.

The invite shows off three devices, with the rightmost one most likely being the Narzo 20 Pro. It includes a vertical quad-camera array and no fingerprint sensor on the rear. This means it will either include an AMOLED display like the Realme 7 Pro or a side-mounted fingerprint sensor like the Realme 7. The rear camera array does look really similar to the standard Realme 7.

The Narzo 20 series will focus on the gaming performance and battery life, as per the media invites. Realme will tease some of the key features of the upcoming devices in the days leading up to the launch, so stay tuned for more information.