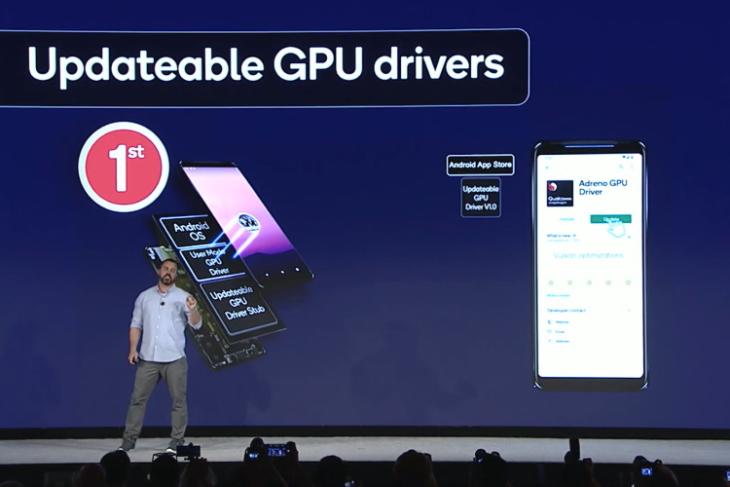 Alongside Snapdragon 865 chipset’s announcement last December, Qualcomm promised GPU driver updates through Google Play Store. The company has now updated its progress and has revealed the first few phones to get driver updates.

“Similar to PC gaming, smartphone users will be able to update their GPU drivers more frequently and take advantage of potential performance and feature gains…Android games on Snapdragon are about to get turbocharged and finally benefit from this unique feature.”, wrote Qualcomm.

Speaking of optimizations, Qualcomm claims that Google and a game partner using the Android GPU Inspector on a Pixel 4 XL was able to discover an opportunity to reduce the GPU utilization by 40 percent. The optimization, Qualcomm says, delivered faster frame rates and longer battery life.

Qualcomm will be giving early access to its beta drivers for developers to test them. The whole concept of updateable drivers makes it possible for game studios to optimize and provide feedback to Google and Qualcomm to enhance the drivers faster than ever before.

Qualcomm’s GPU driver updates will be initially limited to the Google Pixel 4 and Pixel 4 XL, Samsung Galaxy S10, and Samsung Galaxy Note 10. Surprisingly, none of the so-called gaming phones are included in the first wave. The post mentions that more devices will be added later. Considering this is a GPU-centric change, we could expect makers of dedicated gaming phones to be onboard real soon.