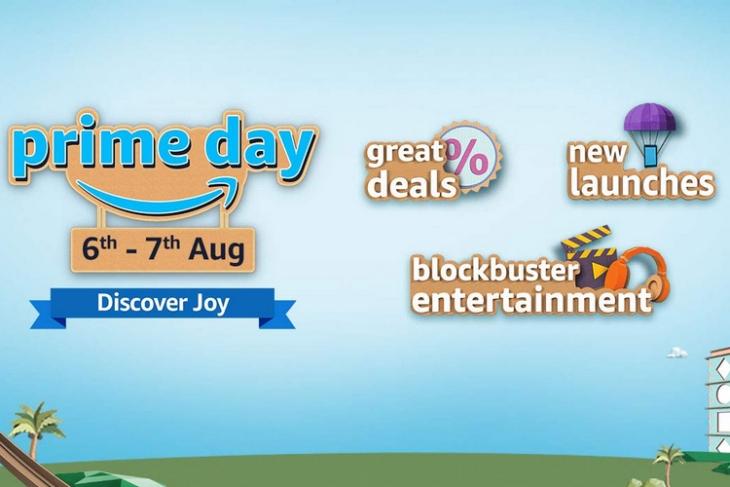 We are just a few days away from Amazon’s Prime Day 2020 sales in India to begin and if you are hyped to get your hands on some amazing deals this year, here is a cheat sheet for you to know what you can expect and what all to keep an eye on during the sale.

During Prime Day 2020, you can avail up to 40% off on smartphones and accessories. Moreover, Amazon is offering No Cost EMI for premium smartphones during the sale. There are also exciting exchange offers including up to ₹13,500 off on top smartphone brands.

Other than that, you can avail ₹4,000 off on OnePlus phones, and ₹7,000 off on Xiaomi phones. If you’re thinking of getting a new flagship smartphone from Samsung, you can get up to ₹25,000 off along with exchange offers up to ₹4,000.

You can also avail up to ₹10,000 off on Apple smartphones including the iPhone 11 and iPhone 8 Plus.

Alongside the sales, Prime Day will also see the sale of the OnePlus Nord, along with special flash sales for Redmi 9 Prime, Redmi Note 9 Pro, and Redmi Note 9 Pro Max at 10am, 12pm, 2pm, and 4pm on August 6.

The Honor 9A will also go on flash sale at 11am on August 6.

Apart from smartphones, Prime Day will also see a lot of exciting deals on electronics such as smartwatches, tablets, printers, and more. In general, you can expect to see up to 60% off on electronics and accessories. You will also be able to get up to 70% discount on cameras, headphones, storage devices, and musical instruments.

If you’re looking to get into fitness, Prime Day will see fitness trackers go on sale from as low as ₹999, and up to 60% off on smartwatches. You will also be able to get up to 50% off on printers, and up to 40% off on tablets and gaming accessories.

In smartphones, here are the phones launching or going on their first sales during the Prime Day sale:

Also being launched are a bunch of refrigerators, washing machines from IFB, new Android TVs from Sony and Hisense and more.

Amazon Prime Day starts from August 6, and we will be covering the best deals we can find, so stay tuned!