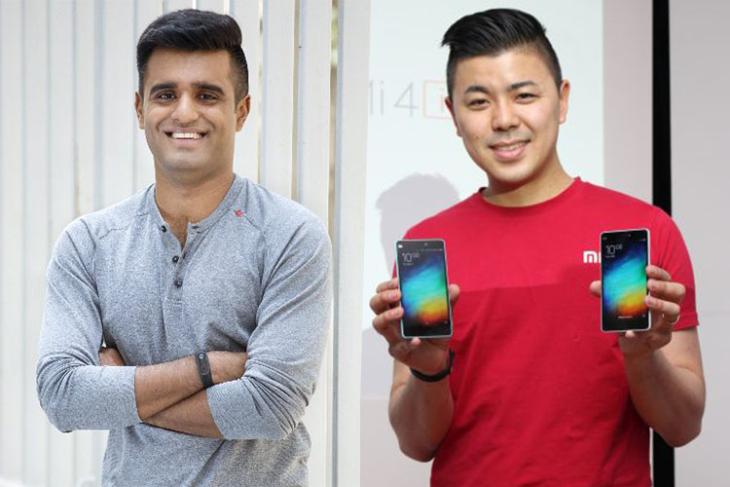 Xiaomi is going through some changes, as a couple of top level executives are leaving the Chinese smartphone maker. Donovan Sung, Xiaomi’s global spokesperson, and a pretty popular face at Xiaomi, has announced that he is leaving Xiaomi to join Google and help Google Pay expand more into developing countries. Donovan was one of the key executives at Xiaomi and helped the company expand into a lot of countries. On the other hand, Jai Mani, who was heading Xiaomi’s Poco-sub brand has called it quits.

While the departure of Donovan Sung seems pretty normal, things don’t seem the same with Jai Mani quitting Xiaomi. Jai Mani, another popular face at Xiaomi, hasn’t really announced that he is quitting Xiaomi but his Twitter bio now says “Ex-PM at @PocophoneGlobal and @XiaomiIndia”. 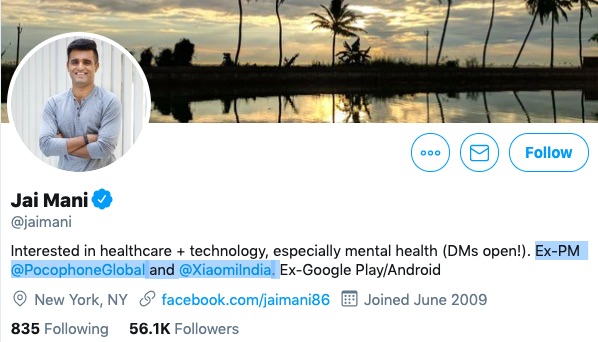 Jai Mani joined Xiaomi back in 2014 as the lead product manager, and just last year, he was instrumental in creating the Poco brand and disrupting the Indian smartphone market as POCO’s head of product. Now, his resignation comes at a time when rumors are rife about the Poco brand being shutdown and the Poco F2 being killed away, although Xiaomi has denied this and the Poco F2 being killed away.

We have always had our doubts that with the Redmi K20 and K20 Pro launching in India, there’s simply no room to launch another Snapdragon 855 phone, that is the Poco F2, so it does not really come as a surprise, instead this seems like confirmation. Anyway, if the Poco F2 still arrives, it will be interesting to see if it can have the same aura as the first Poco F1.