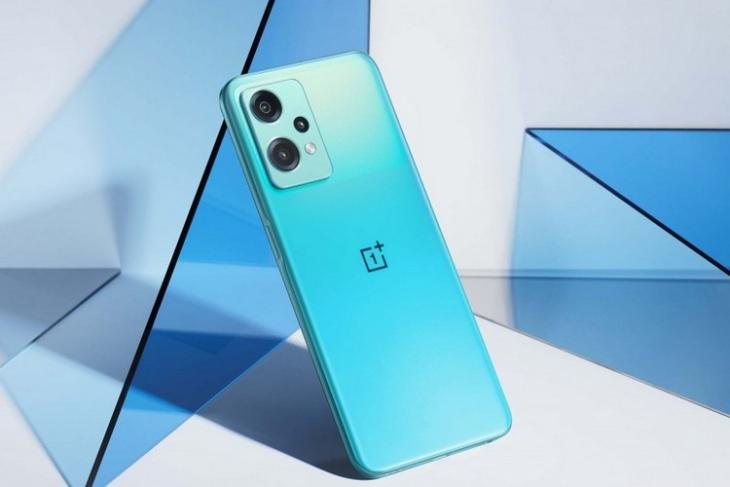 Putting an end to rumors and speculations, OnePlus, as announced earlier, has today launched the OnePlus Nord CE 2 Lite as an India-first smartphone. The device launched alongside the OnePlus 10R 5G and the Nord Buds at the recent OnePlus event. It comes as an affordable mid-ranger device with a 120Hz display, a Snapdragon processor, and more. Check out the details below.

The OnePlus Nord CE 2 Lite has a similar chassis design as last year’s Nord CE 5G. However, instead of the rounded-strip rear camera module on the latter, the new Nord device sports a rectangular triple-camera camera module with big camera housings at the back. The phone comes in two color options: Blue Tide and Black Dusk.

There is a primary 64MP camera with PDAF and a couple of 2MP sensors for portrait and macro shots. At the front of the device, there is also a 16MP selfie shooter, housed inside a punch-hole at the top left of the display. It supports features like Nightscape mode, Portrait mode, Dual-Video Video mode, and more.

Speaking of the display, the Nord CE 2 Lite sports a 6.59-inch Full HD+ IPS LCD screen with support for a 120Hz refresh rate (which is AI-optimized so that it can as per the display content), a 20:9 aspect ratio, and a pixel density of 400ppi. Under the hood, the OnePlus Nord CE 2 Lite packs the 6nm Snapdragon 695 5G chipset that comes with an integrated Adreno 619 GPU. The processor here is paired with up to 8GB of RAM and up to 128GB of internal storage, which can be expanded by up to 1TB.

Coming to the battery department, there is a 5,000mAh battery with support for 33W SuperVOOC fast charging inside the device. Another interesting part is that the device supports real-time temperature monitoring with 9 sensors and a dedicated chip to keep the battery safe and cool. It charges via the onboard USB-C port, and there is also a 3.5mm audio jack aboard the Nord CE 2 Lite.

Other than these, there is support for 5G, Wi-Fi 802.11 a/b/g/n/ac, Bluetooth version 5.1, a 3.5mm audio jack, USB Type-C, a side-mounted fingerprint scanner, and more. The device runs Android 12-based OxygenOS 12.1 out-of-the-box. OnePlus promises 2 years of software updates and 3 years of security updates.

The OnePlus Nord CE 2 Lite 5G is the first sub-Rs 20,000 phone by OnePlus in years. It comes in two variants and here’s a look at the prices.

As for the availability, the Nord CE 2 Lite 5G will be available on Amazon and OnePlus official stores, and leading retail stores across India, starting April 30.

OnePlus Shows off the Nord Buds in Official Teaser Images; Check It out Right Here!