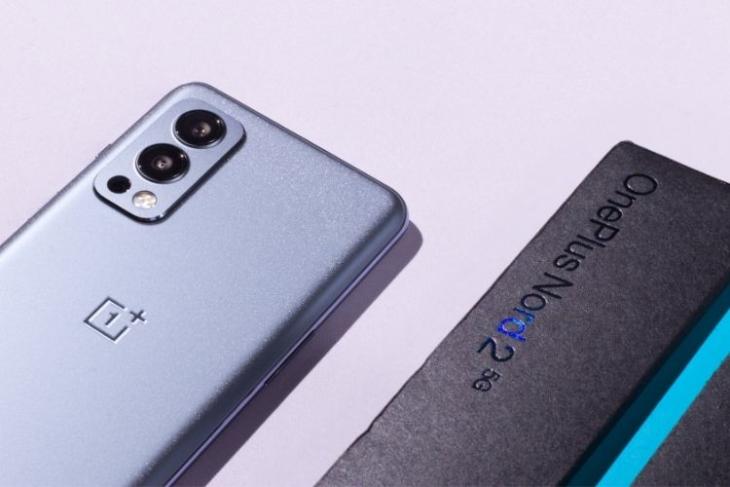 While OnePlus decided to no longer use the “T” branding for its high-end smartphones, it might not have completely dropped it. A new leak suggests that an alleged OnePlus Nord 2T is in the works and might soon launch in India. The phone’s possible specs, price, and availability details have also been leaked, giving us an idea as to what it might be like. Here’s a look at the details.

Known leakster Yogesh Brar (via 91Mobiles) has today revealed that the OnePlus Nord 2T is expected to carry the same price tag as the OnePlus Nord 2 and fall between Rs 30,000 and Rs 40,000. The phone, once it launches during the rumored April-May timeline, is highly expected to replace the Nord 2.

In addition, Brar even suggested that the Nord CE 2, which has also been rumored for a while now, might launch on February 11 and will be priced between Rs 25,000 and Rs 30,000. OnePlus is also expected to release yet another Nord, which is expected to be priced in the sub-Rs 20,000 segment. This might happen in July or August.

However, you should know that these are still rumors and we haven’t really got any official confirmation on this.

Another popular leakster OnLeaks (in collaboration with Digit), has thrown light at the Nord 2T’s expected specs sheet. It is reported that the phone will come with a 6.43-inch Full HD+ display with an AMOLED panel. A 90Hz refresh rate, much like the Nord 2 is expected too.

The device is expected to be powered by an unannounced MediaTek Dimensity 1300 chipset, coupled with up to 12GB of RAM and 256GB of storage. As for the cameras, you can expect three at the back, including, a 50MP main snapper, an 8MP ultra-wide camera, and a 2MP monochrome lens. A 32MP front camera is also in tow, which would mean another upgrade on the camera front.

Additionally, the Nord 2T will likely be backed by a 4,500mAh battery with 80W fast charging, which recently made its way onto the OnePlus 10 Pro in China. It is will run OxygenOS 12 based on Android 12.

We need to have more concrete information on this to get a better idea. Hence, stay tuned for further details.