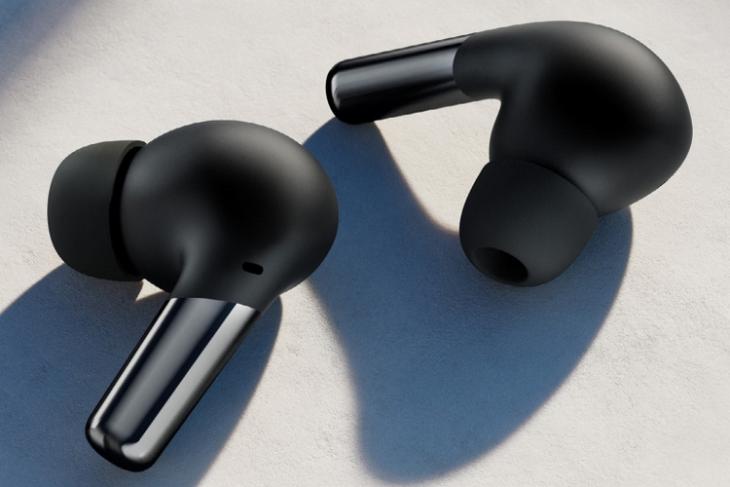 OnePlus recently confirmed that it will launch the flagship OnePlus 11 on February 7. Alongside, we will also get to see the OnePlus Buds Pro 2, which will succeed last year’s Buds Pro. Now ahead of the official launch, we have the first official look at the upcoming OnePlus TWS. Check it out below.

OnePlus China’s Li Jie Louis took to Weibo to give us the first glimpse of the OnePlus Buds Pro 2. The image shared by the company shows a design similar to that of the first-gen Buds Pro.

We can see a semi-in-ear design with a compact pebble-shaped charging case. There are a few differences, though. The OnePlus Buds Pro 2 is seen with bigger mics and comes in a new Arbor Green color. We can expect some more new color options for the new Buds Pro 2. There’s also the glossy finish taken from the predecessor.

The earbuds also feature the Dynaudio logo, hinting at a possible collab between OnePlus and Dynaudio for better audio quality. Check it out below.

As for other details, not much is known. But we can expect the OnePlus Buds Pro 2 to come with support for enhanced noise cancellation, improved low latency, more hours of playback time, and faster charging, among other things. There’s no word on the pricing but these too could fall under Rs 10,000.

Given that OnePlus China has showcased the forthcoming OnePlus Buds Pro 2, there are chances that the TWS might launch in China first, followed by a launch in India and other global markets. It remains to be seen what OnePlus is planning to do.

Meanwhile, the OnePlus 11 will come with Hasselblad-backed cameras, the latest Snapdragon 8 Gen 2 chipset, an alert slider, and more. It is also expected to sport a QHD+ AMOLED 120Hz display, 100W fast charging, and Android-13-based OxygenOS 13.

We should get more confirmed details regarding OnePlus’ first launch event of 2023. So, stay tuned to this space.