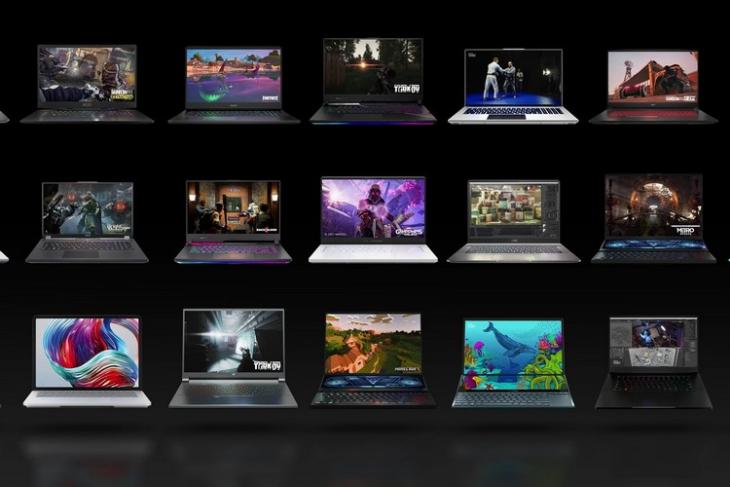 Nvidia has announced two new laptop GPUs, expanding its RTX 30-series GPU lineup in the market. The latest two GPUs – GeForce RTX 3080 Ti and the GeForce RTX 3070 Ti, join the existing range of laptop GPUs from Nvidia and are the flagship graphics processors in the lineup. So let’s take a look at the details about the new GPU offerings from Nvidia.

The two new flagship-grade laptop GPUs from Nvidia are here to offer desktop-class graphics performance on laptops. The Nvidia GeForce RTX 3080 Ti comes with 16GB of GDDR6 memory. This is, surprisingly, higher than the 12GB memory of the desktop version of the RTX 3080 Ti, which the company unveiled last year at Computex.

Nvidia says that the new RTX 3080 Ti for laptops is capable of delivering 120 FPS at 1440p with Ultra Settings and is faster than the desktop Titan RTX variant from the previous generation. The laptops with the said GPU will launch in the market from February 1, with a starting price of around $2,499 (~Rs 1,86,209). The first OEMs partners to launch notebooks with the RTX 3080 Ti would be Razer, Dell, and more.

Now, although Nvidia did not provide much detail about the specs of its upcoming laptop GPUs, it unveiled the next-gen Max-Q technology for laptops that would drive these new GPUs. The fourth-generation Max-Q technology for gaming laptops will be able to control a device’s CPU, GPU, and other components to deliver improved performance.

It will use various new features like Rapid Core Scaling, CPU Optimizer, and Battery Boost 2.0 to improve the performance of the laptop. We expect to get more details on the new GPUs and the Max-Q technology once laptops powered by these GPUs launch in the market in February. So, stay tuned to our website for more updates.