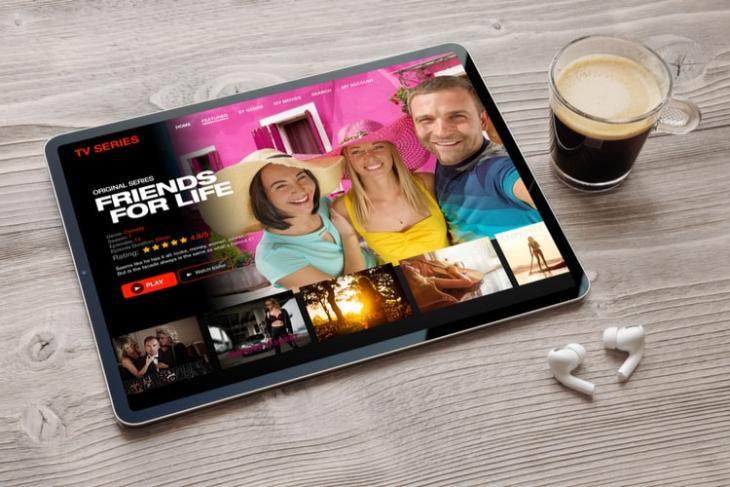 While Apple announced its immersive surround sound technology called Spatial Audio for AirPods back in 2020, it was only available for the Apple TV+ platform initially. However, the Cupertino giant recently rolled out support for Spatial Audio in Apple Music along with its new Hi-Res Lossless audio format. Now, Netflix is rolling out support for Apple’s Spatial Audio technology for its app on iPhone and iPad.

As per a recent report by 9to5Mac, Netflix has started rolling out the feature to its iPhone and iPad apps. This will enable users to enjoy high-definition, surround sound audio while watching content on the platform. The confirmation of Spatial Audio support on Netflix comes from an official spokesperson.

So, following the latest update, users will see a new Spatial Audio toggle in the Control Center of their Apple devices while watching movies and TV shows on the Netflix app. They can tap the toggle to turn on the surround sound audio for content on their iPhone or iPad. However, it is worth mentioning that Apple’s Spatial Audio technology is exclusive to its higher-end ANC enabled AirPods Pro TWS earbuds and AirPods Max headphones.

Now, for those wondering what Spatial Audio is, it is a surround sound technology that adjusts the audio of content based on the position of your head in reference to the position of the device you are using to watch the content. It enables users to experience immersive, multi-directional audio for some of the best movies and TV shows on the platform.

So, if you use Netflix on your iPhone or iPad and also own a pair of AirPods Pro or Max, you might want to update your app right away to get the feature on your device. Also, do let us know about your experience in the comments below.