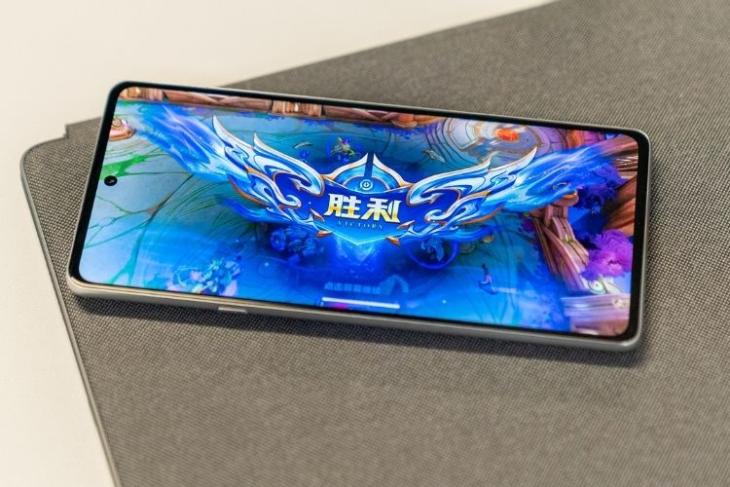 Motorola will launch the Edge X30 flagship, which will officially be the world’s first phone with the latest Qualcomm Snapdragon 8 Gen 1 mobile platform, later this week. A few days before its launch in China, a company’s executive has shared the smartphone’s image, thus, revealing its design. Here’s your first look at the Moto Edge X30 design.

Lenovo Mobile Business Group’s General Manager, Chen Jin (via a Weibo post) has revealed the front of the Edge X30 (purportedly called the X30 Ultra for other markets). The smartphone can be seen with a center-placed punch-hole display with flat edges. A dedicated Google Assistant button, which is a proprietary feature for Motorola phones, is also visible in the image above.

The company has also confirmed a few details regarding the Edge X30’s display. Another Weibo post reveals that the phone will come with support for a 144Hz refresh rate and HDR10+ with 10-bit color management. It is expected to be a 6.7-inch panel.

Details on the devices’ rear remain unknown, but we can expect to see a rectangular camera bump with three big camera housings akin to the current Motorola Edge 20 phones, except for some tweaks.

As for the spec sheet, the device is confirmed to be powered by a Snapdragon 8 Gen 1 chipset, coupled with up to 12GB of RAM and up to 256GB of storage. It could feature three rear cameras, including a 50MP primary camera, a 50MP ultra-wide camera, and a 2MP macro camera. One of the highlights of the Moto Edge X30 could be the selfie camera, which is likely to be a 60MP sensor. The device could be backed by a 5,000mAh battery with 68.5W fast charging. It is most likely to run near-stock Android 12.

The Motorola Edge X30 will be launched in China on December 9 and is confirmed to go on sale on December 15. Since not all details are known about the device, we have to wait until the launch date to get a proper idea. Hence, stay tuned for more information.