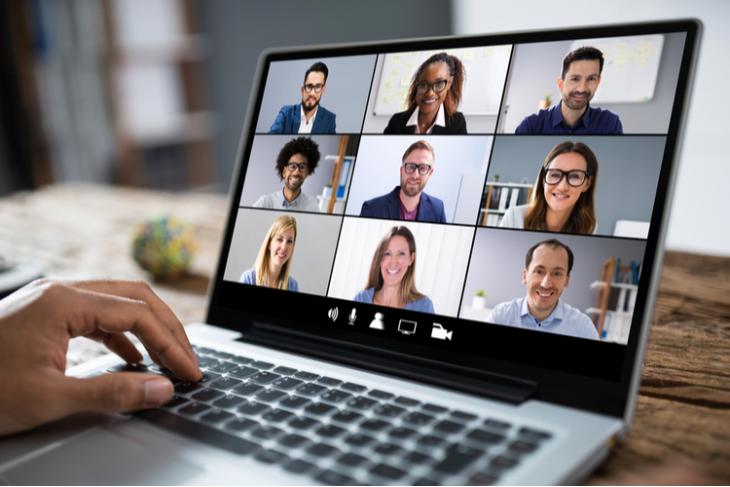 As the Coronavirus-led pandemic has locked up most of the global population indoors, working from home using the help of technology has become a norm in 2020. So, with the mandatory lockdowns in place, we have seen a massive increase in the usage of video-conferencing platforms like Skype and Zoom. However, virtual meetings still lack some of the key features of in-person meetings like those hallway talks between you and your colleague before. So, to make virtual meetings more like physical ones, MIT researchers have created an open-source video-conferencing platform that supports impromptu conversations.

The announcement of the new platform, Minglr, recently came from the MIT Sloan School of Management. Developed by a team of researchers of the school, Minglr is specifically designed to support those private and sudden conversations that people have following or prior to an office meeting. Its aim is to make remote working much more desirable (Indians already like it though) by making virtual meetings much more like real, physical ones.

“I think ad-hoc interactions—those ‘hallway conversations’—are among the most important things that people miss in today’s work-from-home environment”, says the Professor of Management at the MIT Sloan School of Management and the team leader of the project, Thomas W. Malone.

So, with the aim to make the virtual meetings more interesting, Professor Malone collaborated with an MIT Sloan Ph.D. student, Jaeyoon Song, and the Associate Professor for Information Systems and Network Science at the D’Amore-McKim School of Business, Chris Riedl to develop a prototype open-source software for video-conferencing called Jitsi.

How Does It Work

So, Minglr works mostly like any other video-conferencing platform ou there in the market. However, when you log on to the platform and join a meeting, you will see a list of people who are available to talk. The system also provides a list of people who specifically want to talk to you. You can then select anyone from the list to enter a private room to chat or converse over a video call with that person for as long as you want to.

The open-source platform went for the pilot test at the June MIT Collective Intelligence 2020 meeting. And according to the working report by the team, most of the people who attended the meeting hinted that sudden conversations in lobbies, hallways, or by the coffee machine were the most important factors that attracted guests at academic conferences.

Now, the team of researchers is planning to make Minglr available for anyone who wants to use the platform. The researchers also want developers to use and as it is an open-source platform, they even want the developers to contribute their part to make it more useful in the future.