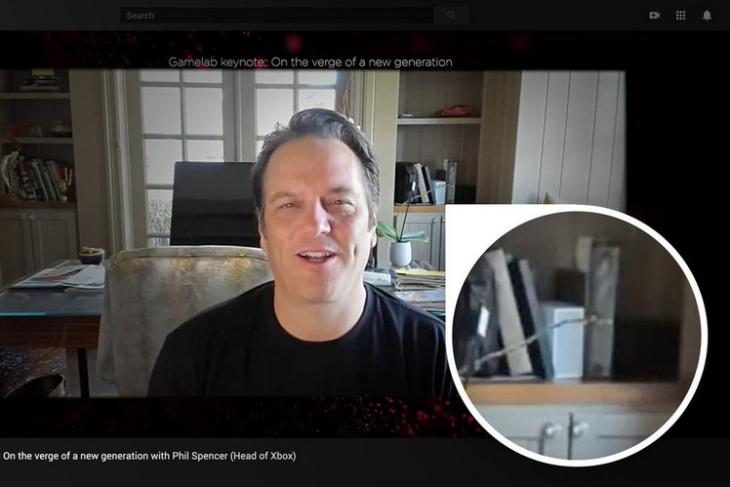 The gaming division of the Redmond-based software giant, Microsoft recently unveiled its upcoming series of gaming consoles, the Xbox Series X and S. Now, prior to the unveiling of both the consoles, we knew about the higher-end Xbox Series X. About the lower-end Series S, there were only speculations and reports until Microsoft started openly addressing it. However, now recent confirmation suggests that the Xbox Series S was hidden in an identifiable position in many of the video interviews of the Xbox chief, Phil Spender.

The confirmation of this easter egg that no one could spot came from the official Twitter handle of Xbox via a recent tweet (below). According to the “Fun fact” by Xbox, the Series S was hidden in Spencer’s bookshelf and was actually seen in a video-conference YouTube interview that aired on July 1.

Fun fact: Xbox Series S is so small @XboxP3 had it sitting on his bookshelf back on July 1 and nobody noticed. 😏

So, as you can see in the image shared by the company, the Series S is actually small enough to fit amongst the books that Spencer has. In fact, not a single video game journalist or leaker in the industry could spot the console while it was there all this time.

According to the Xbox chief, the gaming console was present in at least three of the video-conferencing interviews during the month of July, ahead of the Xbox Games Showcase event.

So, it was at that point in time when we were getting confirmation about the existence of the Series X and reports that it will come with 4 Teraflop GPU.

While Phil Spencer, the chief of Xbox, on the other hand, was being cheeky for a long time and hid the highly-anticipated Series S right there beside him. And I agree that it was actually a pretty good easter egg, now that we know about it.