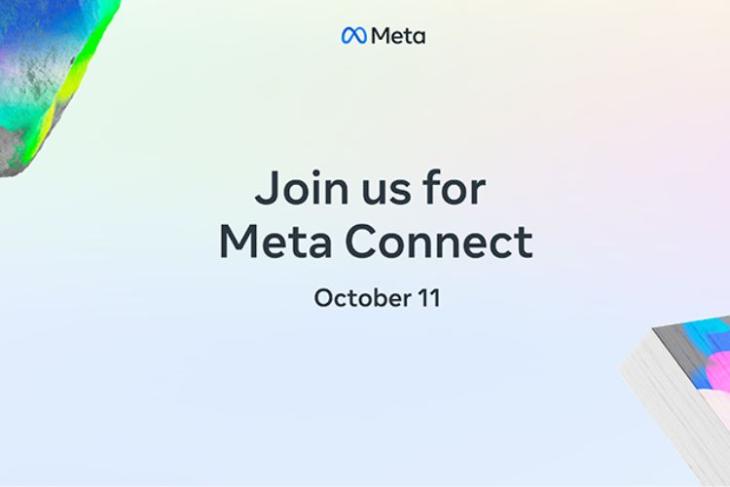 Meta will conduct its 9th Connect event on October 11 to introduce the next-gen AR/VR headset. We can expect the company to launch the much-talked about Project Cambria headset, which has also been teased previously. Have a look at the details.

This year’s Meta Connect will be a virtual event and will be live-streamed at 1 pm ET (10:30 pm) via the Reality Labs Facebook page. Meta says that it will talk about updates on the Metaverse and the next era of social computing.

The highlight of the show is expected to be the new VR headset, which is Project Cambria. To recall, back in May, Mark Zuckerberg teased the headset in a demo called “The World Beyond.” The high-end headset is expected to come with full-color passthrough cameras, which will help in merging the real and the virtual worlds.

It will be based on the company’s Presence Platform and will offer a high-end VR experience. It will also come with eye and facial tracking. Of course, the price is bound to be high. While there’s no word on what it looks like, we expect the headset to look like the current Oculus Quest 2 headset.

We can also expect updates to the Horizon World app and avatar graphics during the Connect event, as teased by Zuckerberg last month on Instagram. It remains to be seen what all announcements Meta makes at the event to further hype up the Metaverse. Do stay tuned to this space for further updates, and meanwhile share your thoughts on the upcoming AR/VR headset by Meta in the comments below.