Skip to content
Home Tech Gadgets What’s in a Name? The Madness in Smartphone Nomenclature 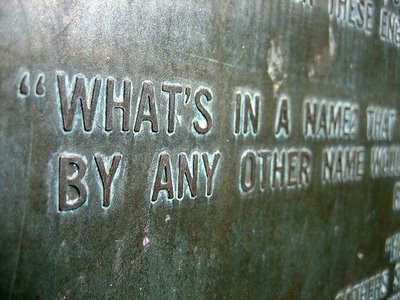 Huge numbers of smartphones are releasing every day and let alone normal consumers, even geeks who follow technology and gadget closely are getting confused by their names. Mobile phone manufacturers are falling short of names for their devices due to large number of releases every year and the danger of getting hit by copyright and trademark lawsuits. This post takes a look at some of the problems caused by the current trend in Smartphone nomenclature and provides suggestions to improve them.

The Evolution of Brands and the curse of Marketing

Mobile phones were once named based on their form factor or the functionality they offer. Nokia E series, for example, was famous for its solid enterprise features which was suited to business users as they offered push Email, VPN support and other necessary features yet offering good battery life. Another example of naming mobile phone based on functionality was the Walkman series from Sony Ericsson which promised users to offer exceptional music quality. Motorola Razr series was famously known for being exceptionally thin similar to a razor.

Today, Mobile phone manufacturers create sub brands to showcase their specific idea behind their creation. Based on this basic idea of the sub-brands, they associate the devices to relevant sub-brands. But in a hoard of satisfying the needs of consumers with accurate specifications, manufacturers are releasing too many devices to be associated or identified as a part of a brand. The major reason for multiple models having the same name is the obvious reduction in Ad budgets and marketing effort. With one marquee model establishing the Brands worth, the other models can sell automatically using the Brand value established by one model.

Samsung is a prime example of this approach with its ‘Galaxy’ series which relates to smartphones running Android. Samsung mobiles have created one more sub-category in it named as ‘Galaxy S’ which refers to the top-of-the-line Android smartphones with the best specifications around. Samsung followed their rules and released one Galaxy S product each year for two years but that has been breached as well with several phones such as ‘Galaxy S Advance’ and ‘Galaxy SL’ which were actually not their flagship Android smartphones at the time of their launch. Association of too many devices with fewer sub-brands creates this problem.

Other than reliance on sub-brands, manufacturers such as Samsung, Sony and LG have been using functionality as a part of the model name. When they name models based on two or more functionalities, the model name starts to look more like a features list. Take the name of Samsung

Galaxy Y Lite Duos in which ‘Galaxy’ refers to an Android smartphone, ‘Y’ refers to their entry level Y-series of Android phones, ‘Lite’ refers that it is a stripped down version of Galaxy Y and ‘Duos’ shows the presence of two SIM card slots. Now you can sense that this model name sounds more like a features list. This creates a problem in calling out its name. Just imagine asking the representative of a store that you want to buy that phone. Sony and LG are a bit preserved in this type of naming as they only name their dual SIM phone versions with the term ‘dual’ such as Sony Xperia Tipo Dual and LG Optimus L3 Dual.

Apart from naming with long terms, Samsung and HTC also have habit of renaming their smartphones more than once before the official release of their phones. HTC has recently renamed their upcoming Windows Phone 8 device with the names such as ‘Accord’ and ‘Elation’ before finally renaming it as ‘8X’. Samsung has a history of renaming the phone after its official launch. First launched as Galaxy Pocket Duos, they renamed it to Galaxy Y Duos Lite. This is because the ‘Pocket’ brand was not much successful and they wanted to associate this model with the ‘Galaxy Y’ brand as it was a huge hit. Even Sony Ericsson re-launched Xperia Neo with 2 different names ‘Xperia Neo L’ and ‘Xperia Neo V’ which had no difference in features at all. The abrupt change might not impact the average consumer, but for a technology aficionado the changes might be quiet frustrating.

SEE ALSO:  Everything About iPhone 5 in its Official Trailer [Video]

Nokia, HTC and Sony name their smartphones with pointless alphabets which do not carry any specific meaning to differentiate themselves. Just notice the names such as ‘Xperia S’, ‘Xperia T’, ‘Xperia J’, ‘Xperia V’, ‘One X’, ‘One S’ and ‘One V’. Aren’t they confusing and do they mean anything actually? These companies need to change this naming strategy to something that can be understood and has some understandable meaning. HTC specifically had mentioned that they will “focus on more powerful hardware and exciting software with ‘One’ brand in 2012” but still they are hanging around with their Desire brand launching entry level and mid-level models under its belt.

How It Can Be Changed?

With Smartphones and cell phones in general becoming commodities, mobile manufacturers might benefit from taking the FMCG/ route. Coca Cola, HUL and P&G have successfully created 1000s of sub brands without having to resort to abbreviations and repetitive naming. While the argument here might be that cell phones unlike FMCG products need higher Consumer involvement in making choices, the actual naming seldom makes or breaks the purchasing decision. Considering the sheer number of products being launched by the smartphone manufacturer, it may be wise to have at least 5 Marquee brands per Manufacturer. Sony is perhaps the only smartphone manufacturer out there making some truly mind blowing smartphone names. While the overall brand of the phone remains the Sony Xperia. Individual models are named in a rather unique fashion using Greek, Roman and other influences. Names such as Ion, Tipo, etc definitely add a bit of zing to the brand. Sony does also indulge in the alphabet soup culture but has restricted it to just the marque models.

Every consumer wants his phone to be stand out in the crowd. The users want the phone to be extension of them and be iconic. Smartphone names are a good way to get this impression out there. With increasing clutter in the smartphone market and with most models being only slightly different from the others, phones might need more than hardware to sell themselves. Names have been seen to impact the automobile industry in a big way and it has also helped the FMCG sector. Hopefully the Madness of Smartphone nomenclature will come to an end and we will have more innovative names in the time to come.

Author Bio: This post is written by Ashwin Sreekumar Nair, he works with MySmartPrice.com.