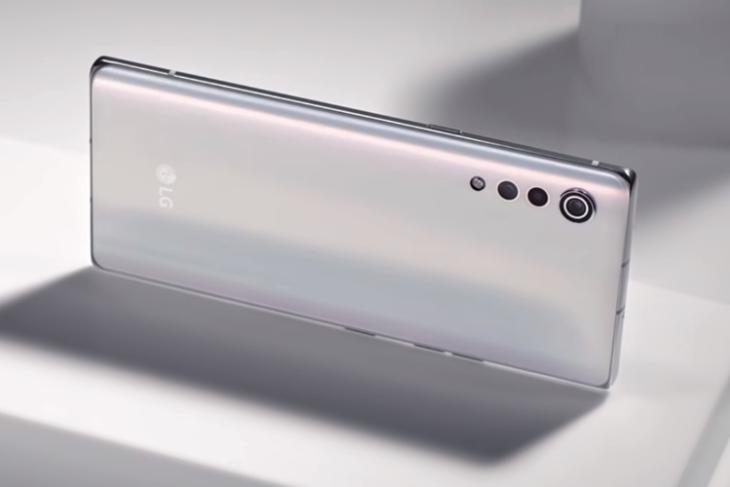 LG has stuck with its G- and V-series flagships for the longest time. The Korean giant has now decided to break the mold and debut a new design-focused smartphone – LG Velvet. We have already seen LG talk about its design philosophy and specs, but today we have learned that LG Velvet will be unveiled on 7th May.

LG has shared a short 15-second teaser on YouTube, which acts as an invitation to the digital unveiling of the LG Velvet. It shows raindrops (painted in the colors that the LG Velvet will arrive in) forming the waterdrop camera.

LG Velvet, for those unaware, will feature a curved glass design where the back panel will seamlessly meet with the curved edges of the display. It appears like dual-curved displays have become a modern trend. An attempt to offer an immersive experience to users. The device will also feature a waterdrop notch for the selfie camera.

The rear panel will feature a raindrop-style camera design, where only the primary camera will protrude from the body. Other camera sensors will sit under the body. LG Velvet won’t be a true flagship. It will be powered by the Snapdragon 765G chipset, complete with 5G support.

Apart from this, the rumor mill suggests that LG Velvet will arrive with a dual-screen accessory and stylus support – similar to the company’s V-series. There’s nothing else known about the device at the moment. We will have to wait a couple of weeks for the official announcement (10:00 AM KST/ 6:30 AM IST) to learn the official specs, price, and availability details.