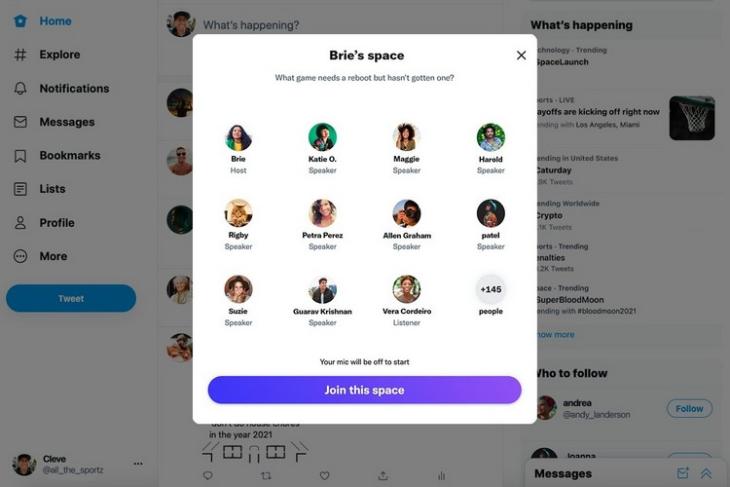 Following the popularity of the live audio-room concept introduced by Clubhouse, we have seen major tech giants come up with versions of Clubhouse-like features. Amongst others, Twitter introduced a live audio-room feature dubbed Twitter Spaces for users to host and join conversations on the platform. Now, the company is taking a major step forward by allowing users to join Spaces on desktop and mobile web browsers.

For the unaware, ever since Twitter rolled out the Spaces feature on its platform, it has been available only on its iOS and Android apps. However, Twitter announced today that it’s rolling out the feature to its website as well. You can check out the tweet below.

our focus areas:
– infrastructure and listening UI that adapts to your screen size
– setting reminders for scheduled spaces
– accessibility and transcriptions pic.twitter.com/Wb0DQktkhD

As you can see, the tweet says that Twitter Spaces will be available on Twitter.com starting today. So, apart from creating and joining Spaces on Twitter via its mobile apps, users will now be able to do the same on their laptops and desktops.

As per the tweet, the company focused on three key aspects of the feature to add it to its web platform. They are:

Moreover, the company shared a couple of screenshots, showcasing the feature on the web. The first one shows the web view of the Twitter Spaces preview that appears before a user joins a live audio room. The second one shows that the Spaces UI will reside on the right side above the “Messages” tab.

So, with the addition of Spaces to its website, Twitter aims to further engagement for the feature. This will attract new users to join the audio conversation on a platform of their choice. Plus, the company will take feedback and learn from the experiences of users to further improve the feature. I believe Twitter needs to implement a discovery section to enable users to see active Spaces and conversations, segregated on the basis of topics, right in their browser.