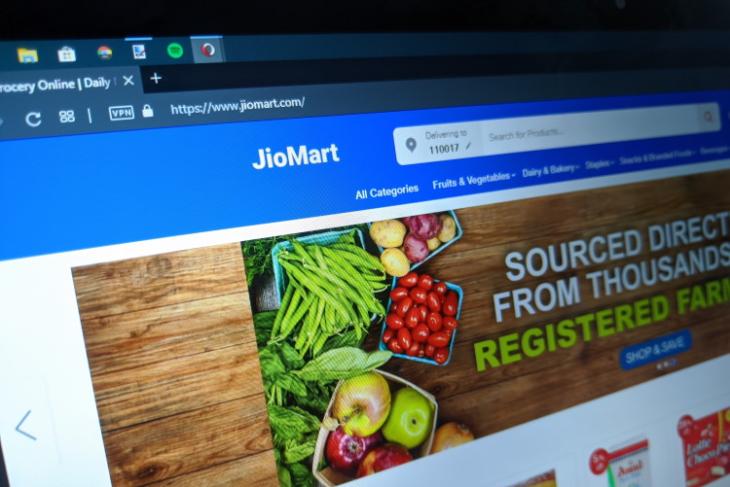 Reliance’s e-commerce venture, JioMart, on Friday made a major announcement as part of its plans to take on incumbents like Big Basket, Amazon and Flipkart. The company withdrew delivery charges on all orders, irrespective of the order value. Prior to yesterday’s announcement, the site required a minimum order of Rs. 750 for free delivery. Reliance also launched the JioMart app on Android this week. However, there’s no immediate ETA for an iOS app just yet.

JioMart is also expanding beyond groceries, and will now also sell electronics, fashion, pharmaceuticals and healthcare products. The service is currently available in 200 cities, and according to Reliance Industries chairman, Mukesh Ambani, receives more than 2,50,000 orders every day. The company is planning to expand to more cities and include more categories to the platform.

At Reliance’s AGM this week, Ambani said that JioMart’s expansion is in full throttle right now. However, he didn’t give out any specifics about it. The company also refused to offer an official statement to ET on the subject. JioMart’s rapid expansion across the country has the potential to popularize online shopping in smaller towns and rural areas. So it will be interesting to see how that works going forward.

JioMart was officially launched last May, when the company’s website went live in 200 cities across India. The service is available in not only in the metros, but also cities like Mysuru, Visakhapatnam, Coimbatore, Dehradun and Bhatinda. The company had originally begun testing the service in Navi Mumbai, Thane and Kalyan in late April, soon after Facebook announced it was investing $5.7 billion in Reliance Jio.