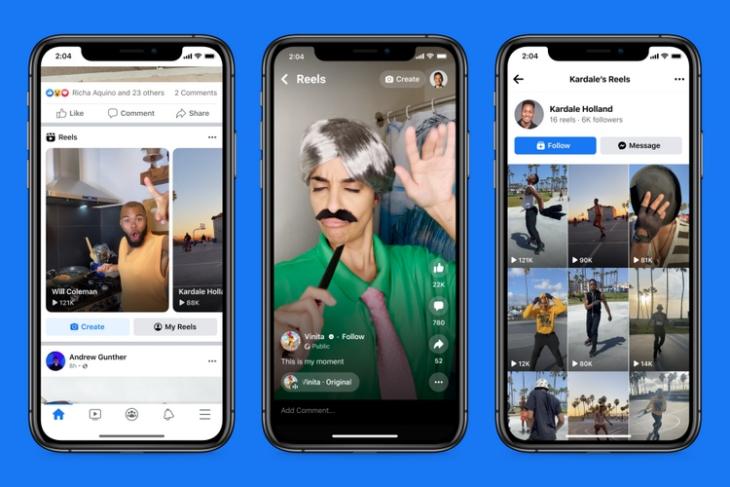 Facebook has started widely rolling out Instagram Reels within the Facebook mobile app for users in the US. The development comes after the social media giant was testing Reels-Facebook integration last month. With this rollout, all Facebook users in the US can watch Reels and even create Reels using the Facebook app.

Reels will be available in Facebook’s News Feed and Groups. You get all the standard Reels features, including music, AR effects, and more. Users will have the option to follow creators directly from the video, just like what you will find on Instagram. The company is also testing the possibility of letting creators share Reels from Instagram to Facebook.

Reels Play bonus will be available in invite-only access in the US, for now. However, the company plans on expanding the reward program globally in the future. If you are in the U.S, you can sign up for the Facebook Reels Play bonus program right now and check your eligibility. It will also test sticker ads and banner ads, alongside full-screen ads you currently see on Instagram Reels.

With this announcement, it’s evident that Facebook is all set to further push short-form video Reels to reach new audiences. If you are a creator who’s interested to join in, do not forget to go through our guides for the best Reels tips and tricks and the best Reels video editors for Android and iOS.