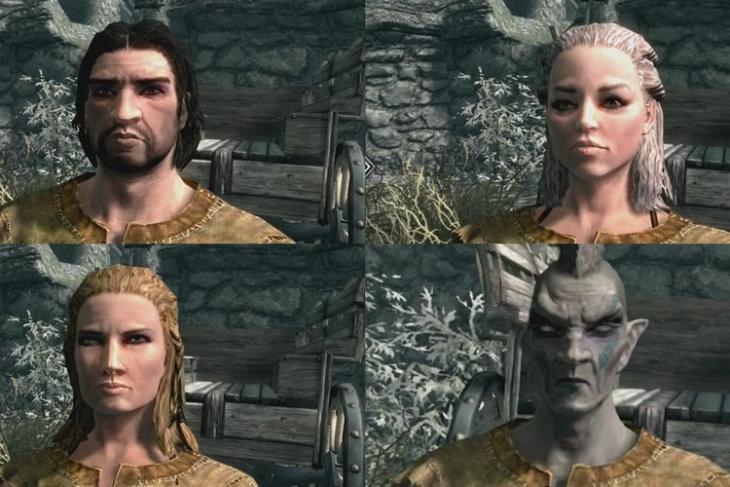 If you’re someone who has used all the time in the world to create an in-game avatar using the games’ avatar creators, welcome to the club. Well, I am the kind of person who used to take a whole lot of time in creating an in-game character in games like FIFA using the in-game avatar creators. Now, getting the perfect look for your avatar can be a tricky task as there are not many features to tweak or the range of the changes is not preferable. However, this professional illustrator created four of the main characters from the Game of Thrones series in the action-RPG, Skyrim using the age-old in-game avatar creator.

Now, Kirsten Ulva is a professional illustrator, designer and sketch artist who design toys, make funny sketches of popular individuals, does brand designing and many other creative jobs. So, the folks over at Ars Technica invited her to create some of the characters from the popular TV series, Game of Thrones in Skyrim using the game’s avatar designer. Well, it is not as easy as it sounds, but I’d say she did a pretty impressive job being a non-gaming designer.

Kirsten chose to create four of the main characters from the series — Jon Snow (the King who “don’t want it”), Daenerys Targaryen (well, her titles won’t fit this page, #ifyouknowyouknow), Cersei Lannister (the woman who said “Power is Power” and drank wine all along) and the Night King (why was he there at all?).

Now, Ulva’s process of illustration is quite a hectic one as she first likes to draw a simple sketch on a notepad using her trusty pencil (not an Apple one). After doodling the main outline of the character, she clicks a picture of it, emails it to herself and opens it up in Pro-Create on an iPad. Then she uses her initial sketch as a base layer (much like a stencil) and draws the whole outline of the character on a new layer. Well, this is her usual process. However, in this challenge, she had to use her final sketch as a blueprint for the in-game character designing.

She was given an unmodded version of Skyrim to carry out the process and she started her work on Jon Snow first and then went on to the other characters.

Now, if you ask me which of the character Kirsten did the best work on, I’d say none as the manipulative elements in the in-game avatar designer is not at all appropriate for designing characters in such detail. However, the illustrator did a pretty incredible job on all the characters, Daenerys and Cersei resembling closest to the real ones.

You can watch the artist work on Ars Technica’s YouTube video (above) and comment down which of the GOT characters do you think she created the best in Skyrim.

It’s No Joke: You Can Play A Very Special Edition of Skyrim Using Alexa on Amazon Echo