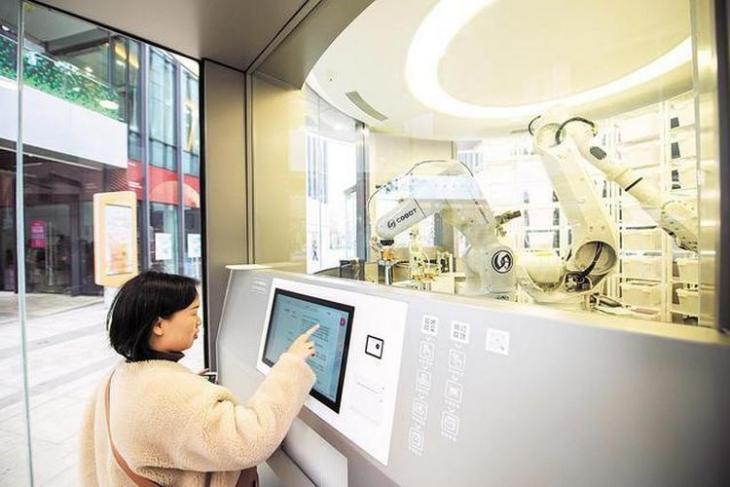 Huawei on Wednesday opened its first unmanned smart store in the city of Wuhan in China. The store is a futuristic concept that deploys robots instead of human staffers to conduct transactions and deliver the products to customers. According to reports, buyers can choose the product online via a large touchscreen display in the customer area, and receive on-site delivery via a giant robotic arm that will bring the selected device to the delivery counter, where a small robot will finally deliver it to the buyer.

Because of technical limitations, the store currently only offers small and lightweight products, such as smartphones and accessories, which means relatively larger and heavier devices, such as the Honor Vision TVs, are not yet offered at the store. According to reports, the store, which will remain open round-the-clock, will feature smart storage automatic inventory, smart scheduling and smart inventory management.

Unmanned stores are becoming increasingly popular among large tech companies, with Amazon pioneering the concept with its Amazon Go stores at select US locations, including Seattle, Chicago, New York and San Francisco. According to the US tech giant, the stores use several cutting-edge technologies, including computer vision, deep learning algorithms and sensor fusion to automate much of the purchase, checkout and payment procedures associated with the transactions.

However, it remains in the proof-of-concept stage for now, thanks largely to technical issues related to the sensors’ inability to track multiple users or objects within the store, as well as other critical limitations. While the unmanned Huawei store does things a little differently, it will be interesting to see whether it will be a one-off or if it will be replicated elsewhere in the years to come.