Skip to content
Home Apps How To Use Dubsmash, Video Selfie App

Dubsmash – a video selfie app, took the world by storm since its launch in November, 2014. Within just 6 months of its launch, the app has been downloaded by more than 10 million people on Google Play. If we count other platforms too, total user-base of the app comes out to be 20 million users.

The app has become rage in masses. If you don’t know how to use DubsMash yet? Fret not. Here is a step by step tutorial to help you understand this app so that you can use it too.

Dubsmash is basically a video selfie app that lets users create videos of themselves while syncing their lips movement with sound dubbed from any famous movie, quote, song lyrics, etc. All you have to do is to select a sound from the massive library and start dubbing. Once you are done, you can download the clip on your smartphone or can share on WhatsApp or Facebook.

If you are an iPhone user, visit here and install the app.

If you are an Android user, visit here and install the app.

Dubsmash is not yet available on Windows platform.

After installation, the app will ask you for language preference. Based on what language/location you select, the app will suggest you sounds that you will need while creating Dubs. 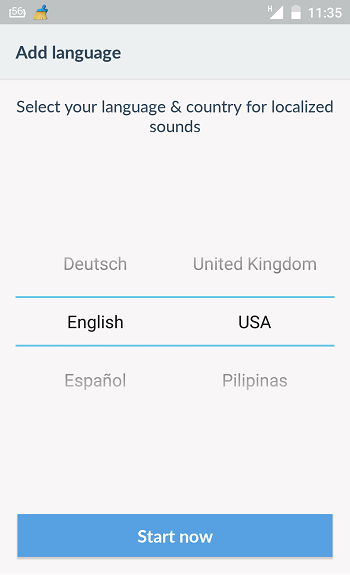 For creating your Dubsmash video, the first thing you’ll need is a sound. And there comes the massive sound library by Dubsmash. You can choose among trending or latest sounds. You can also search for a sound of a particular actor, movie, song lyrics, etc. If that’s not enough, you can choose sounds of various animals, cartoon characters or even sounds based on moods such as funny, romantic, etc.

The sound library of Dubsmash is continuously updated by users itself and with more than 20 million users, you can be pretty sure that you can have variety of sounds to choose from. 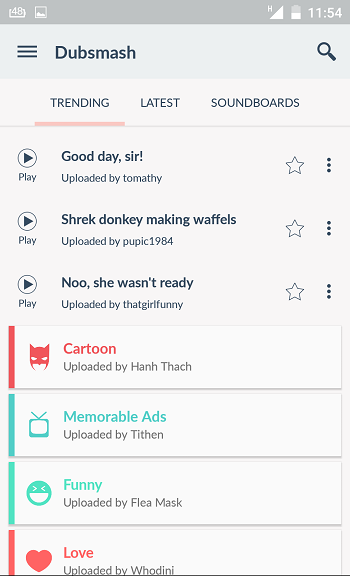 Soundboard is a feature worth appreciation. It helps you save and categorize your favorite sounds which might get lost in the ocean of millions of sounds on the platform. 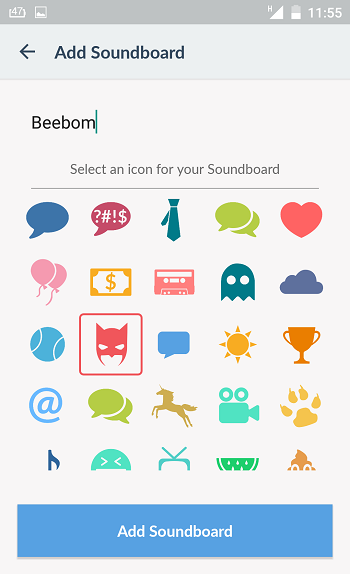 You can add the sounds you like in your Soundboard. The screenshot below shows how to do it. 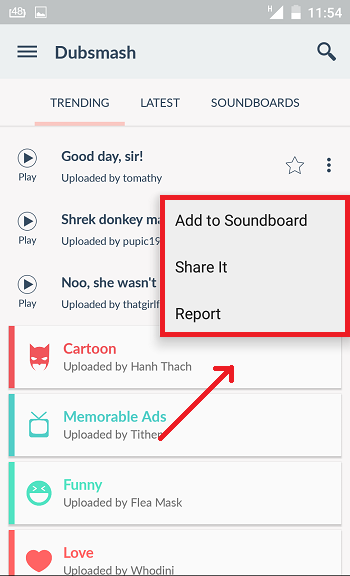 If you didn’t find any desired sound for your dub then you can record one or you can upload it from your smartphone’s media library. 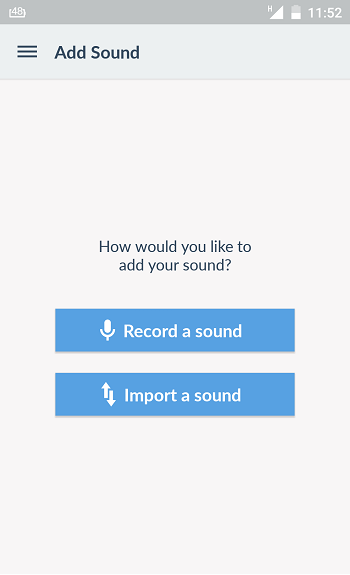 After finalizing the sound, it’s time to create the Dub. As a matter of fact, your first dub won’t be perfect as your lips won’t sync properly to the sound, so don’t worry and keep practicing until you learn the art of Dubbing.

The app’s default camera is selfie camera but you can also change it to rear camera by hitting the icon highlighted in the screenshot below. 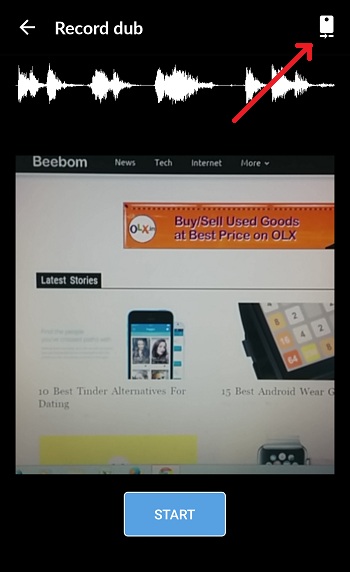 While writing this tutorial we noticed that Dubsmash behaves normal with faces and objects but it flips the written text 180 degrees.

Add text to dub – You can also add text to your Dubsmash video. Once your video is ready, just write the text that you want to add as shown in the screenshot below. 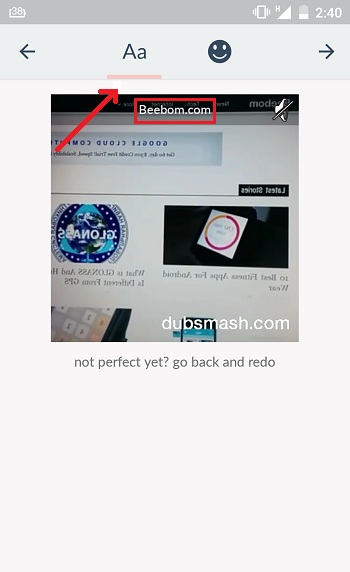 Add Symbols –  You can also add symbols/emoticons/smileys to your Dubsmash video in the same way as add text. Refer the screenshot below for better clarity. 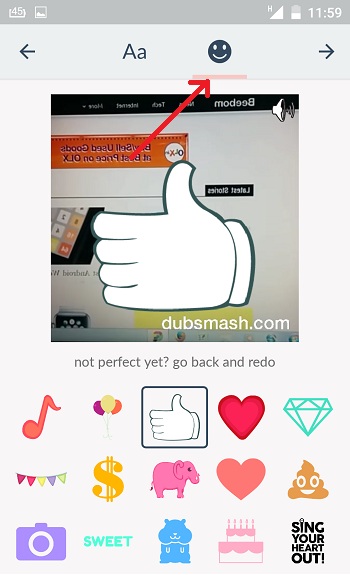 Once your Dubsmash video is ready, you can either download it on your smartphone or share it with your friends on Facebook or WhatsApp. For exporting your video in any of the aforementioned format, you’ll need to create an account on Dubsmash. 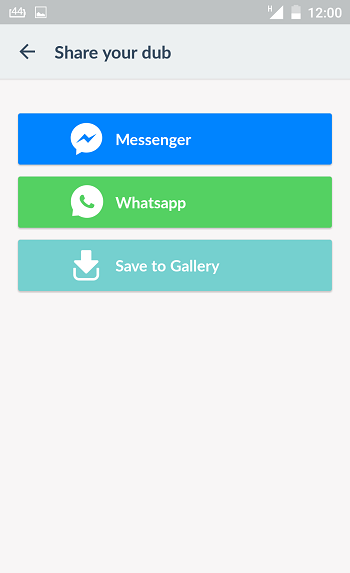 SEE ALSO: 18 Snapchat Tricks That You Should Try

So, this is our step by step guide on how to use Dubsmash. If you have any doubt, feel free to ask in comments below the post.

8 Hilarious Dubsmash Videos You Should Not Miss