Early last month, now-former Disney CEO Bob Iger said in an earnings call that the company will launch the Disney+ streaming service in India at the beginning of the new IPL season — March 29.

Now, it seems Hotstar has started prepping for the imminent arrival of Disney’s collection of TV shows and movies on the platform, along with the new name — Disney+ Hotstar — which is now being reflected in the app icon and inside the home screen (on iOS) as can be seen from the screenshots below.

We checked it out on the Hotstar app on both Android and iOS, and the changes are going live already. The Disney-owned streaming platform has already started populating search results with Disney+ exclusive shows like The Mandalorian and The Suite Life of Zack and Cody, although users can currently only watch the trailers for these shows on Hotstar. 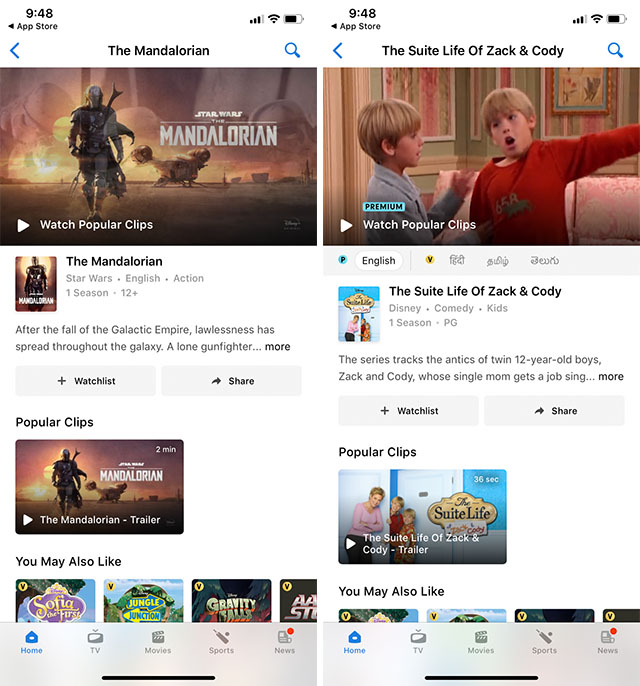 While the changelog for the app on the Play Store doesn’t make any mention of Disney+ yet, on the iOS App Store, the app description has been updated and reads “Disney+ Hotstar is your go-to video streaming app for the best of live sports, TV shows and movies.”

We’ll be keeping an eye on the app to see when these Disney+ shows and movies are finally made available and we will update this article when we notice any changes.

As of right now, you can at least start searching for Disney+ shows on Hotstar and adding them to your Watchlist so you can see them as soon as the service finally launches in the country.