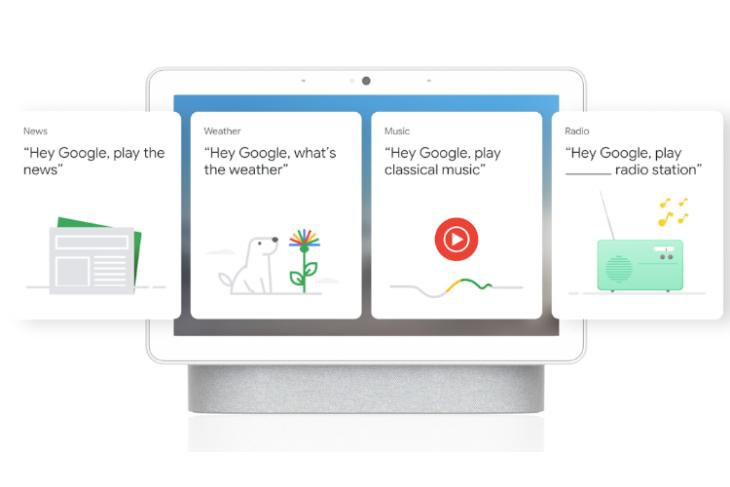 Google is testing a new smart display interface for less tech-savvy users to make it easier for them to use the Nest Hub and Hub Max. According to Google’s blog post, the new experience adds a pre-loaded shortlist of contacts to get started with video calls.

The company has also added new “What can you do?” cards for quick shortcuts such as alarms and weather. As you can see in the image above, this approach familiarises Assistant commands.

Google is currently testing the new experience among seniors in Washington. As part of the initiative, the company gave almost 1,000 Nest Hub Max devices in seven Merrill Gardens retirement communities for the residents to use.

“It’s important for seniors’ mental and emotional health to stay connected, and social isolation during this quarantine makes doing that especially hard.”, wrote Google’s Molly McHugh-Johnson in a blog post. “As I learned with my grandma, Nest Hub Max and Duo video calling can help keep us “together” while we’re apart.”

Google is claiming that the new features have been built with privacy in mind. To make this possible, Google uses a signed-out mode in these devices. That is, no audio will be stored and all activity will be anonymous. The company says it manages the devices on Nest’s fleet management system.

Google has not mentioned if all Nest Hub Max users would get this update. However, a Google spokesperson told Engadget that a new experience ‘based on the same goal’ will be rolling out eventually.