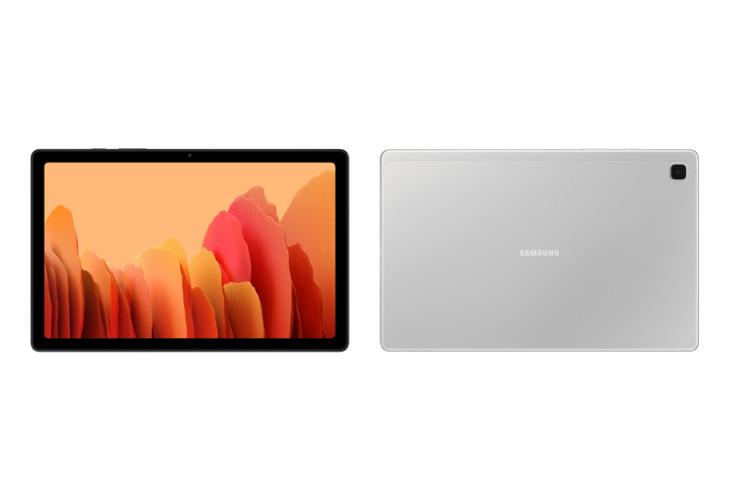 At its ‘Life Unstoppable’ virtual event today, Samsung announced a slew of consumer devices, including the Galaxy A42 5G smartphone, the Galaxy Fit2 smart band and even a 4K projector called ‘The Premiere’ that can display images measuring up to 130 inches. Alongside all of that, the company also unveiled the a new Android tablet called the Galaxy Tab A7 (2020). For the most part, it’s a budget device for folks looking to buy a multimedia slate without breaking the bank.

Galaxy Tab A7 (2020) Specifications and Features

The Galaxy Tab A7 (2020) features a 10.4-inch LCD display with a resolution of 2,000 x 1,200 pixels. It has a metallic finish at the back and sports a quad-speaker setup with support for Dolby Atmos. The tablet is powered by the Snapdragon 662 processor, which comes with 4x Cortex-A73 performance cores clocked at 2GHz and 4x power-efficient Cortex-A53 cores clocked at 1.8GHz.

Additionally, there’s 3GB of RAM alongside 32GB/ 64GB of storage options with up to 1TB of microSD expansion. The tablet ships with a 7,040mAh battery without support for fast charging. On the imaging side of things, the Galaxy Tab A7 (2020) comes with an 8MP camera at the back and a 5MP camera at the front with facial recognition. The device offers LTE connectivity and runs Android 10 with One UI 2.5 out-of-the-box.

Samsung Launches Galaxy Tab A7 In India, Starting at Rs 17,999