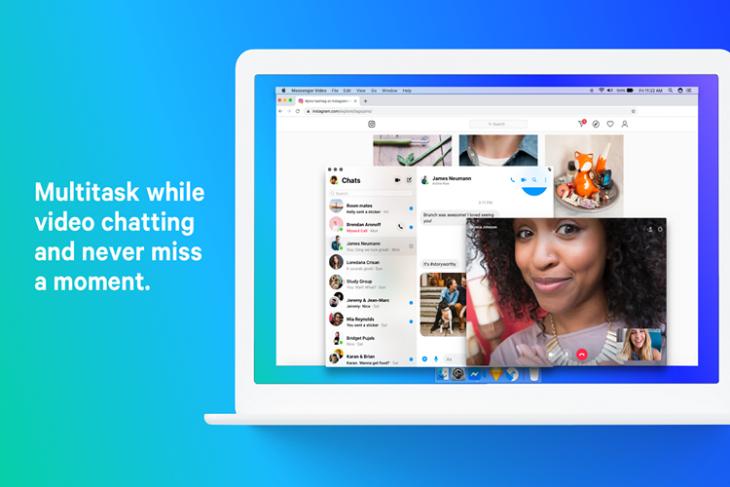 Facebook had announced its plans to bring official Messenger desktop apps for both Mac & Windows users at its 2019 F8 developer conference. It appears like the Mac version of the app has started rolling out in France, as spotted by French publication MacGeneration.

As it turns out, the Messenger desktop app is available in Australia, Mexico, and Poland as well. The appearance of the desktop app in the aforesaid regions is reportedly part of a small test from Facebook to collect user feedback.

“We’re conducting a small test of the Messenger app for macOS in a couple of markets. We don’t have a date when it will be available as we’re still gathering feedback from our users”, a Facebook spokesperson told TechCrunch.

Facebook Messenger’s desktop version brings all the features that are already available on the iOS app including voice and video calls, group chats and video calls, emoji reacts, file share support, and the beloved dark mode.

One noteworthy part of the app is that it is built on Electron and not Apple’s Project Catalyst. Hence, the app gets wider compatibility, starting with macOS 10.10 (OS X Yosemite) that got announced back in WWDC 2014.

Coincidentally, the desktop app comes merely a few days after Facebook revamped its iOS Messenger app based on Project LightSpeed that promises to make the app load twice as fast and be one-fourth of its original size.

An exact timeline for the Messenger desktop’s global rollout is not known yet. Since Facebook’s F8 developer conference 2020 recently got canceled citing the outbreak of coronavirus, the social media giant is expected to reveal its global Messenger desktop launch timeline among other exciting announcements in the coming weeks.