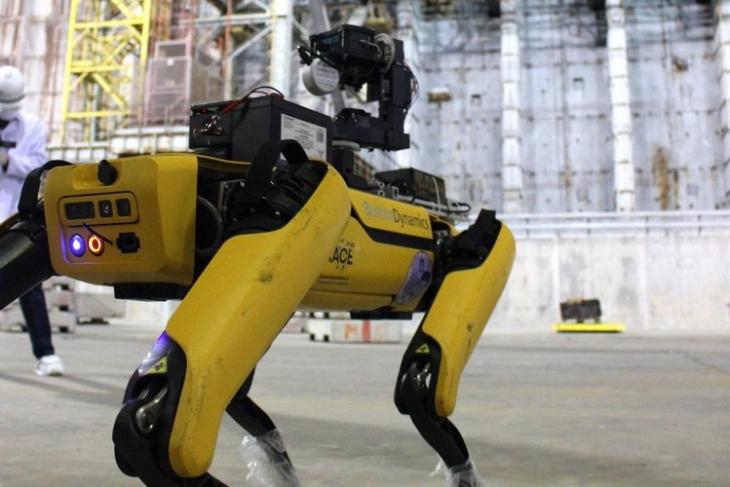 Since the Chernobyl nuclear plant meltdown back on April 26, 1986, the small town of Chernobyl has been inaccessible to humans (not in games, though) due to the high amount of radiation. According to reports, the site still contains around 30 tons of radioactive dust. However, what affects humans, does not always affect robots, right? So, researchers from the University of Bristol are now planning to send the popular Boston Dynamics robot, Spot, to the destruction site to inspect the area and collect as much information as it can.

Boston Dynamics’ four-legged robot-dog has been an important tool for various sectors in the world. However, since the commercialization of the versatile machine, we have seen it working in one of Ford’s factories and even helping the NYPD solve cases. And, this time Spot has been assigned with one of the most significant and dangerous tasks of its life, that is, going to Chernobyl.

So, as per the researchers, Spot will be working as an autonomous safety checker, and roam around the destroyed nuclear power-plant to inspect the site. It will also take measurements of the site and minimize the amount of radioactive dust that’s in the environment.

Moreover, the researchers plan to use the robot-dog to conduct radiation mapping inside the powerplant. This could help them to trace the remaining particles and components that are inside the ruins of the destroyed and dangerous reactor 4 of the powerplant.

However, the researchers note that constructing radiation-proof machines is quite challenging. Hence, it is highly unlikely that Spot would come out of the site, after its mission, completely unharmed.

Now, these are all short-term plans of the researchers. The long-term one is much more significant as they plan to use similar robots like Spot to eventually break down and decommission the powerplant safely.

“Ultimately, Chernobyl has to be taken apart and decommissioned. That’s the long-term plan for the facility. To do that, you first need to understand everything, which is where we come in with our sensor systems and robotic platforms. Since there are entire swathes of the Chernobyl nuclear plant where people can’t go in, we’d need robots like Spot to do those environmental characterizations,” said Megson-Smith, one of the researchers of the University.