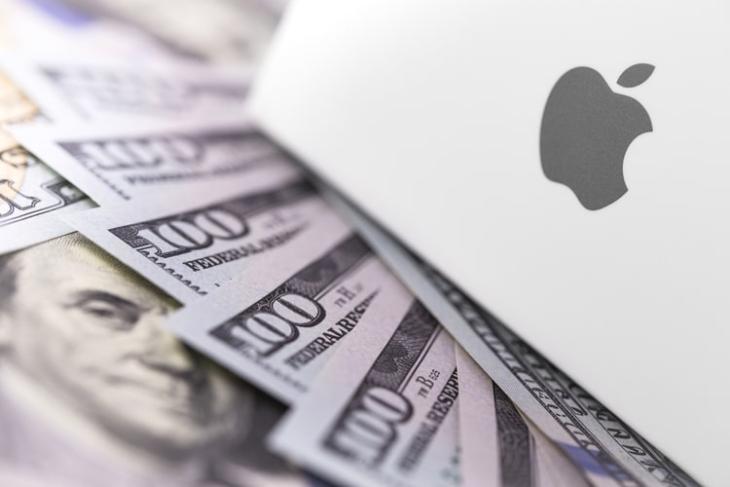 As the second quarter for the fiscal year 2021-22 ended on March 27, Apple recently shared its quarterly revenue report. And by the looks of it, it seems like Apple had a pretty good quarter. The company’s revenue was up by 54% year-over-year (YoY), and revenues from services and Macs reached an all-time high during the said quarter.

To showcase its financial achievements, the Cupertino giant shared a Consolidated Financial Statement for investors and industry analysts. As per Apple’s report, the company earned a whopping $89.6 billion during Q2 of 2021.

Furthermore, Apple reports that revenue from iPhones was a March quarter record as it reached $47.9 billion, which is a 66% increase from last year. This is primarily because of the high demand for the iPhone 12 series that launched last year. Besides, the company says that the installed base of active devices also reached an all-time high in every major product category.

Revenues from the iPad lineup also saw an increase of 79% YoY, reaching $7.8 billion. Apart from this, Apple also earned a hefty amount from Mac sales as revenue was up by 70%, reaching $9.1 billion during Q2 2021. Furthermore, revenues from wearables and accessories also saw YoY growth of 25%, with the Apple Watch Series 6 and Apple Watch SE performing exceptionally well in markets.

Revenue from services also set new records for the company as it saw a 27% YoY growth in every geographic segment. More importantly, Apple garnered more paid subscribers for its services like Apple Music, Podcast, and Apple Fitness+, totaling 660 million, during the said quarter. This helped the company earn $145 million during the period.

“This quarter reflects both the enduring ways our products have helped our users meet this moment in their own lives, as well as the optimism consumers, seem to feel about better days ahead for all of us,” said Apple CEO Tim Cook in a statement.

“Apple is in a period of sweeping innovation across our product lineup, and we’re keeping focus on how we can help our teams and the communities where we work emerge from this pandemic into a better world. That certainly begins with products like the all-new iMac and iPad Pro, but it extends to efforts like the 8 gigawatts of new clean energy we’ll help bring onto the grid and our $430 billion investment in the United States over the next 5 years,” Cook further added.

iPhone 6 Plus May Soon Become A Vintage Apple Product