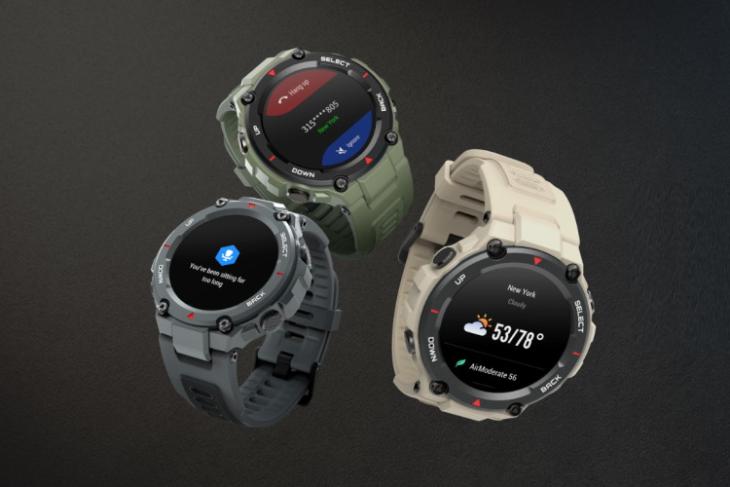 Amazfit is gearing up to bring its entire new smartwatch lineup to India. The company recently announced that Amazfit Bip S launches in India for Rs. 4,999 next week. And today, it has revealed that Amazfit T-Rex, its rugged smartwatch that was unveiled at CES 2020 earlier this year, is set to land in India in the 2nd week of June.

This launch will closely follow the Bip S, which was also unveiled at CES 2020. Amazfit hasn’t shared an official date with us just yet. The watch has also been teased to be an Amazon India exclusive. The ‘Notify Me’ page is already live, talking about the watch’s key highlights.

The Amazfit T-Rex looks like a Casio G-Shock at first sight, with its massive body and rugged build. But it’s much more than a standard rugged watch. This is a smartwatch that meets the military standard quality test regulations (MIL-STD-810G).

The watch can withstand extreme heat and cold temperatures, along with exposure to salt, alkali, damp, or any other challenging outdoor conditions. It can survive for close to two hours under temperature changes, varying from -40-degree to 70-degree Celcius.

As seen below, the Amazfit T-Rex features a 1.3-inch AMOLED display with a 360 x 360 resolution and raised bezels. It features 14 sport modes, is water-resistant up to 5ATM, and includes a heart rate monitor as well. 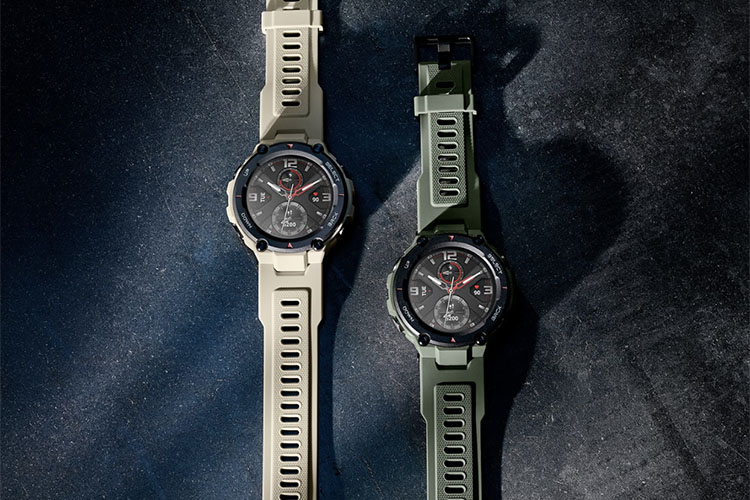 Amazfit T-Rex also includes a huge 390mAh battery pack that the company claims will last around 20 days on a single charge, with heart rate monitoring enabled. This is just amazing, right?

As for the pricing, Amazfit T-Rex retails at 799 yuan (around Rs. 8,499) in China. We expect this rugged smartwatch to land in India at a similar price point, i.e under Rs. 10,000. If you want to see how the Amazfit T-Rex will look in real-life and how strong it has been built, then we’ve already done a detailed durability test. You can check it out on IGTV right here.

Amazfit has today revealed the price for the Amazfit T-Rex. The smartwatch will be available for pre-order starting from June 7, and is priced at Rs. 9,999.

You will be able to buy the watch from Amazon.