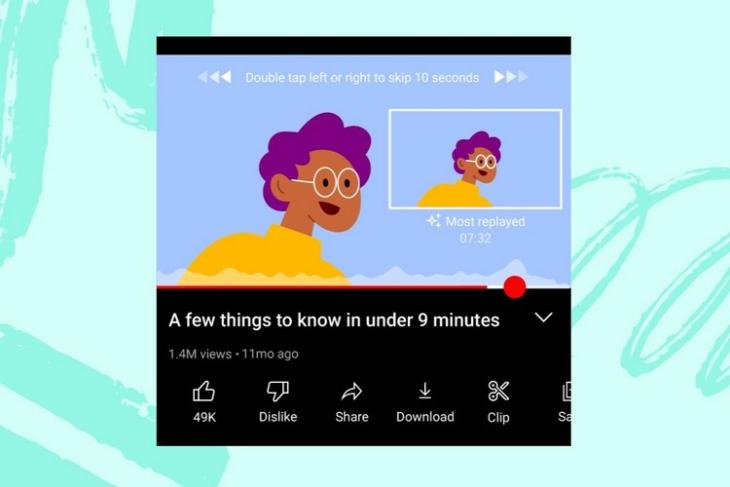 YouTube is arguably the go-to platform for long-form videos and to improve this experience, the Google-owned platform is often seen introducing features to make the experience good. The video-streaming platform rolled out video chapters back in 2020 to make the viewing experience of longer YouTube videos much more manageable. Now, the company has started rolling out a new feature that highlights the “most replayed” parts of a video. Let’s take a look at the details below.

YouTube Rolls out New Heat-Map Feature Feature to All

This new, which was called Heatseeker, YouTube feature became a test late last year for a select few YouTube Premium subscribers. It highlights the most-watched parts of them with the help of a heatmap graph on the seek bar. This allowed users to skip the boring parts of a video and watch the most-watched or interesting parts of it instantly, without needing to watch the entire video.

YouTube has now rolled it out to all users around the world, both on its mobile apps and web client. In a blog post, YouTube wrote that the feature allows users to see a graph that highlights the “most frequently replayed parts of the video.”

The company also took to Twitter to announce the same and some other changes (which are already live for many) such as a single Loop button for videos that can put a video on an infinite loop and a new full-screen UI for videos on its mobile apps. You can check out the tweets attached right below.

With this feature, YouTube aims to provide more control to viewers as to how they watch a long-drawn video on the platform. This way, viewers can watch the core content of a long video and skip sponsored parts just by taking a look at the seek bar. For creators, on other hand, it poses an additional challenge to keep their viewers engaged in most parts of their videos to keep the graph in a balanced position.

While the feature is currently rolling out to global users, it wasn’t live for us at the time of writing this article. So, if you gain access to it on your web browser, or in the mobile apps, do let us know your experience of using the feature in the comments below.

Meanwhile, the new UI and the Loop button in the pop-up for YouTube videos were available on the YouTube mobile app on iOS. You can check out the screenshots below to get an idea of they look.