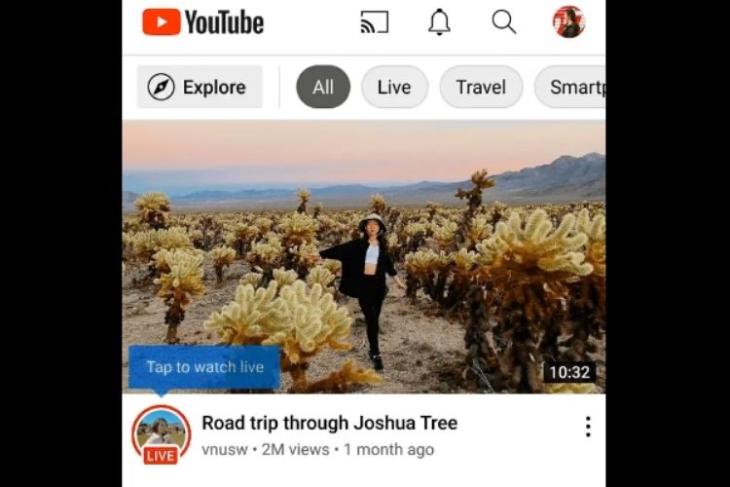 YouTube has yet again taken a page out of TikTok’s notebook and introduced a new Live rings feature on its mobile app. The feature adds a prominent ring and the word “Live” on a creator’s profile avatars when they livestream on YouTube. It aims to help users better recognize channels that are live streaming on YouTube while browsing their feeds on smartphones.

YouTube’s Chief Product Officer Neal Mohan recently took to Twitter to announce the new feature. Mohan emphasized the fact that it will make it “easier for users to find live streams on YouTube” while scrolling through multiple videos on the platform. The tweet also includes a GIF showcasing the feature in action. Here’s a look:

So now, when you scroll your video feed on the YouTube app for Android and iOS, you will see a bright red ring around the profile picture along with a “Live” tag on the avatars of channels that are live streaming. Tapping the channel avatar will take you straight to the creator’s stream.

In addition, YouTube is also testing a new feature on its desktop version, which will allow users to read comments and watch videos at the same time. It is expected to reach the general audience soon but we don’t have a timeline.

The Live Rings feature is gradually rolling out to users. It was not available on my iOS device at the time of writing. However, we expect YouTube to roll it out to users soon. So, if the feature is not available on your device, try updating the YouTube app from the Google Play Store or the App Store. And if you see it on YouTube, do let us know how you like it in the comments below!