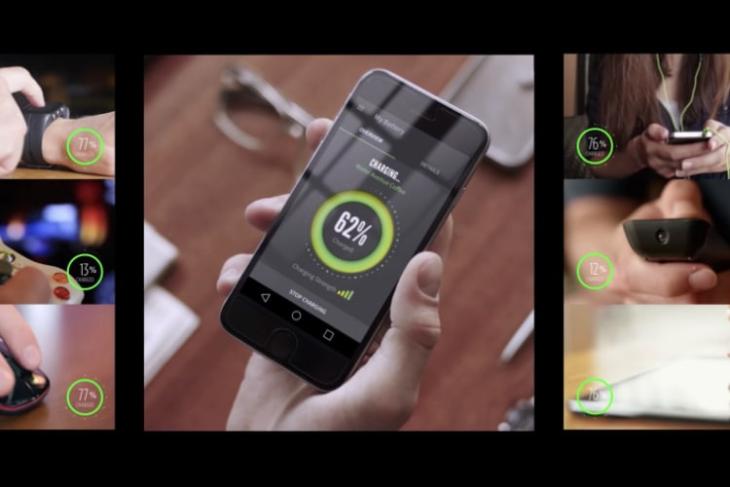 Don’t you just hate it when your phone or laptop is running out of charge and there’s no power outlet in sight? Wish you could simply charge your device without hugging the adapter and plug point? That could be a real possibility very soon.

In a first of its kind approval, the United States’ Federal Communications Commission or FCC today approved a new kind of technology which allows for at-a-distance wireless charging. Unlike other wireless charging systems which require a device to maintain physical contact with a charging pad or base, the power-at-a-distance technology can deliver juice to your device even when it is not in direct contact with this charging station.

We have seen a lot of demos of such products in the past, but this marks the first time when a company has been granted permission to manufacture the product commercially. Energous Corporation, the company behind the WattUp wireless charging technology said in a press release published on their website:

“The developer of WattUp®, a revolutionary wire-free, power-at-a-distance charging technology, today announced Federal Communications Commission (FCC) certification of its first-generation WattUp Mid Field transmitter, which sends focused, RF-based power to devices at a distance. As the first FCC certification for power-at-a-distance wireless charging under Part 18 of the FCC’s rules, this development represents a new era of wireless charging, and opens up a tremendous opportunity for the electronics industry.”

It is claimed that the WattUp at-a-distance wireless technology can charge devices from a distance of up to 3 feet in practical conditions with the distance reaching as far as 15 feet in their optimal testing scenarios. How this works is that there is a central transmitter which transmits energy packets using radio-frequency similar to a WiFi signal.

The devices which come in the range of the transmitter automatically starts charging. Since any device can incorporate WattUp receivers which are less than 3 mm in size, you will not have to wait for native support in niche or legacy devices.

According to the company, one can insert their receivers in any and all devices , and they will start charging when they are in range of the transmitter. Needless to say, this is a huge development in the field of wireless charging. If Energous Corporation can make this technology easily accessible and financially viable, this thing is going to take off like a rocket. I am really excited to see what the company brings to us when they finally release their consumer product. The company has mentioned that they will be displaying WattUP next month at the Consumer Electronics Show or CES 2018 in Las Vegas, which runs from January 9 to 12th. Let’s hope they blow our minds away.

This Gadget Converts a Stick of Butter into Spray