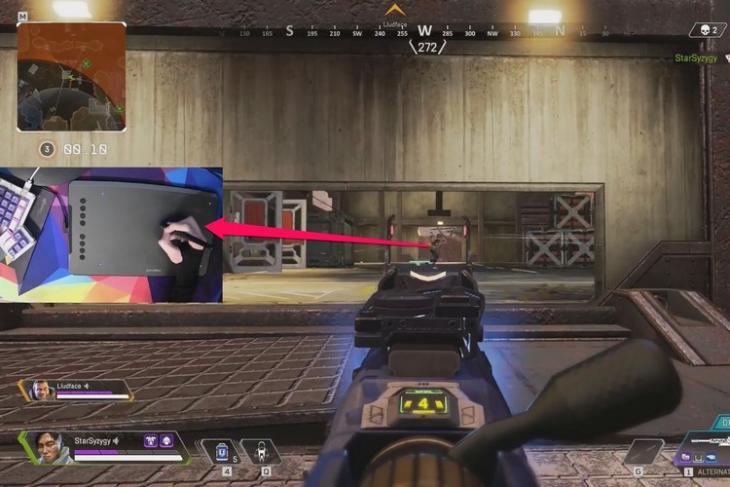 Since the evolution of FPS games in the market, we have seen the rise of several talented gamers like Shroud and Ninja. However, in my whole time watching gaming streams on Twitch and YouTube, I have never seen a player play an FPS other than with a combo of mouse and keyboard or a controller. Well, after watching an Apex Legends player playing the game with just a stylus, I can proudly say that I have now seen everything!

Now, if you are unaware of Apex Legends, it is one of the most popular FPS games in the market. Since its launch back in early 2019, the game has garnered a lot of popularity amongst prominent gamers and streamers. After getting support for cross-play recently, EA, the publisher of the game has even confirmed that the game is coming to the mobile platform by the end of this year. However, if you can’t wait that long, then you might wanna try this way to load and play the game on your smartphone.

So, going through Reddit, I found this post (below) shared by a Redditor named u/Star__Rain. The post was shared by the user on the r/apexlegends subreddit and contains a gameplay video of the user along with a hand-cam window.

About a year ago I saw someone using a Pen to aim in Apex Legends, one year later, its now my permanent choice for FPS games: from apexlegends

Now, in the video, we can see Rain use Crypto (one of the characters in the game) to kill his opponents with sheer precision. However, taking a look at the hand-cam window, we can see that the gamer is using a digital pen on a pad to play the game!

Now, if you are unfamiliar with the game, Apex Legends is one of the most fast-paced shooter games I have ever played. I mean, I use the good old mouse and keyboard combo to play the game and even then I am unable to get more than 5 kills in a match. However, by using a stylus and (probably) his drawing skills, we can see Rain wipe out the lobby pretty easily.

According to the gamer, he saw someone using the same peripheral to play the game a year ago. “It is now my permanent choice for FPS games”, wrote the user.