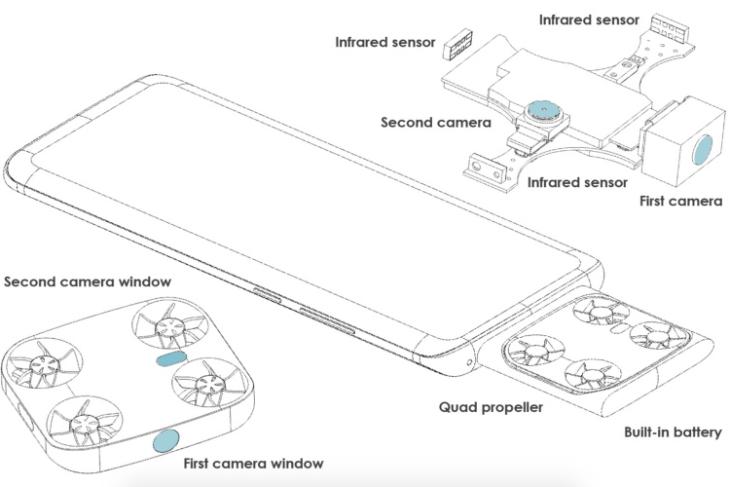 Chinese giant Vivo is working on a unique smartphone that might pack a detachable flying camera system. Yes, you read that right! The phone will feature an unusual camera module that can be detached from the device and fly in the air to enable users to capture drone-like footage with their smartphone camera.

Vivo has reportedly filed a patent (via LetsGoDigital) for the same dubbed “Electronic device” with the World Intellectual Property Office (WIPO) back in 2020. The 20-page documentation was released by the authorities recently. Although it is entirely in the Chinese language, you can check out the documentation right here.

Vivo Smartphone with a Flying Camera

Now, if you look at the smartphone design that’s expected to pack the flying camera system, you will find that it looks like any other smartphone in the market. However, the device packs an extra component with a dual-camera setup, three proximity sensors, four propellers, and an additional battery unit. This module is hidden inside the device and slides out from the top along with the mounting bracket. 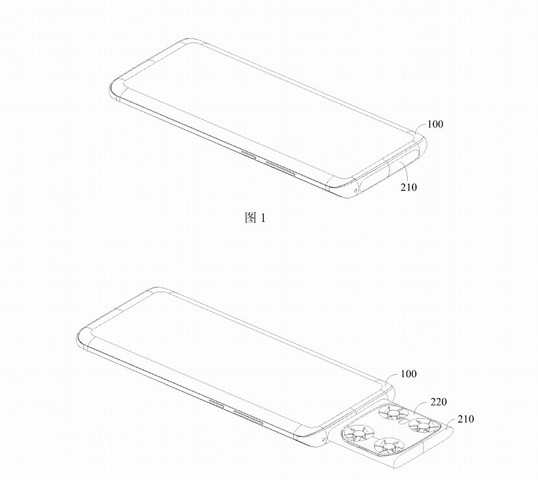 The mounting bracket can then be detached from the camera module, following which users can fly the camera module with the help of the four integrated propellers. The detachable drone-like camera system will be presumably controlled via the smartphone itself and can be used to capture videos and images from unique angles. 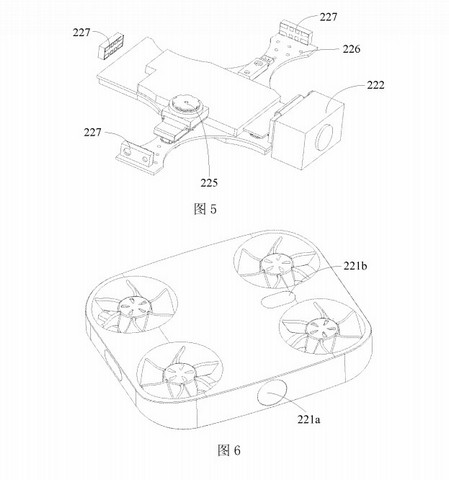 The patent suggests that one of the cameras will be placed on the top of the module, while the second camera will reside at the front. This will offer flexibility to users to capture footage and images from different angles when the drone is in the air. Moreover, you will be able to append additional camera sensors to the camera module.

During the flight, the compact camera module might face stabilization issues due to wind turbulence. However, as Vivo has already established its gimbal-stabilized camera system in its X50 device last year, the company can integrate the same into the flying camera system. As for obstacles, the camera module will be able to detect nearby objects and prevent a collision, thanks to proximity sensors.

We have seen a number of unique and ambitious projects from Vivo in the smartphone department in the past years. The company has also filed some out-of-the-box patents from smartphones like the one with a color-changing back panel or one with a rotatable physical keyboard.

However, a smartphone with a flying camera seems to be the most ambitious project of the lot. So, if it comes to fruition, it can revolutionize the way we use smartphone cameras and unlock various other opportunities for companies in the industry. So, will you like to have a detachable drone integrated on your future smartphone? Do you think the idea is feasible? Let us know your thoughts in the comments below.